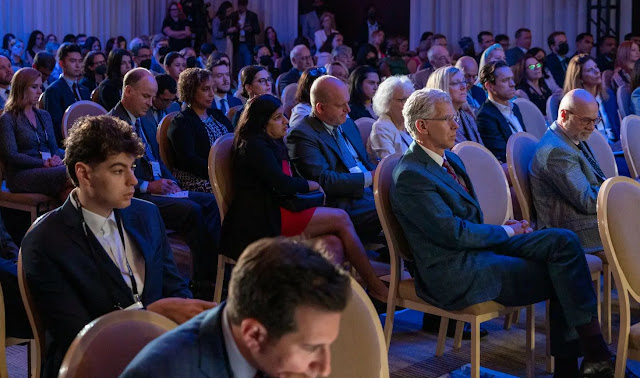 Picture: Mr. Rosen (left, 2nd from bottom) at the New York Times’s DealBook conference in Washington, D.C. on Thursday June 9th. Treasury Secretary Janet L. Yellen was among those in conversation with The Times’s Andrew Ross Sorkin. Picture by Amanda Andrade-Rhoades for The New York Times.

On Thursday June 9th, the New York Times hosted their first in-person Dealbook event since 2019, and headlines were made. Among the speakers present were interim CEO and former full-time CEO of Starbucks Howard Schultz, Democratic Senator Chris Murphy of Connecticut, and journalists Maggie Haberman and Abby Phillip. However, the speaker at Dealbook that made the most note-worthy comments was Secretary of the Treasury Janet Yellen. During her half-hour interview, Yellen addressed several issues facing the country including inflation, crypto, ESG, and the likelihood of a recession. 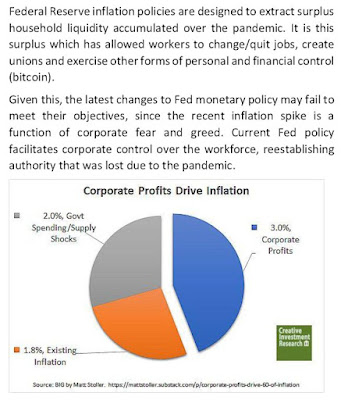 When asked about the effect corporate greed had on the rise of inflation in the United States, as certain members of the Democratic Party, Biden administration officials (and Creative Investment Research) have argued, Yellen did not give a definitive answer. She did, however, argue that while she believed supply and demand issues were the primary cause of inflation, corporations have an added responsibility to help address this problem, which is why she supports policies such as an increase  in corporate tax rates, as well as a billionaire text. She also argued that because of the strong labor market that currently exists within the United States, the American people are more equipped with the necessary tools to survive the high inflation and gas prices.

Another relevant issue that Yellen discussed was Cryptocurrency. When asked about her reaction to investment company Fidelity’s recent decision to allow individuals to invest Bitcoin in their 401k’s, Yellen stated that this is not something that she would advise. This is in line with the continuing debate on the role Cryptocurrency will play in our society going forward. With this comment, Yellen is placing herself in the camp of people skeptical of its impact and legitimacy. However, it remains to be seen what impact Bitcoin and other Cryptocurrencies will have on our future economy, as well as other elements of life such as retirement.

Finally, when oil companies and energy prices were discussed, the subject of Environmental, Social, and Corporate Governance (ESG) came up. Sorkin asked Yellen for her reaction to a recent Elon Musk tweet which referred to ESG as a scam. Yellen responded by rejecting Musk’s notion and stating her belief that climate change is an existential threat that needs to be a factor companies consider when making decisions. However, she did suggest that requirements under ESG should not be what they currently are, saying that some companies not following these guidelines still had a desire to combat the climate crisis. What these comments showed, was that Secretary Yellen can be considered an ally to the ESG approach, but not someone who can be counted on to be in lockstep with the method.