Showing posts with the label MLK
Show all 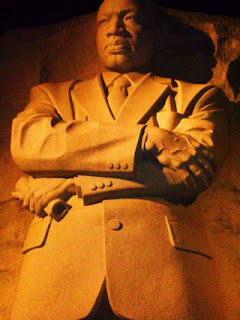 Capitalism and Equality  As the civil rights movement expands to include investing and investments, I thought it would be an appropriate time to reflect on Martin Luther King, Jr.'s attitude toward investing. Though it may surprise some, Dr. King was one of capitalism's staunchest proponents. In this respect, his actions were fully consistent with his faith: as he noted in one of his speeches, "Jesus never made a universal indictment against all wealth." What's more, Dr. King's work made capital markets more efficient, as I discuss below.  A Socially Responsible Investor Martin Luther King was more concerned with how wealth was obtained and used. To him, the fact that one owned a Cadillac said nothing about one's faith or about one's character, for that matter. Worshiping the Cadillac, however, did. This certainly made him a socially responsible investor, specifically a values investor. His emphasis on values rested on a concern he expressed ma
Read more
More posts