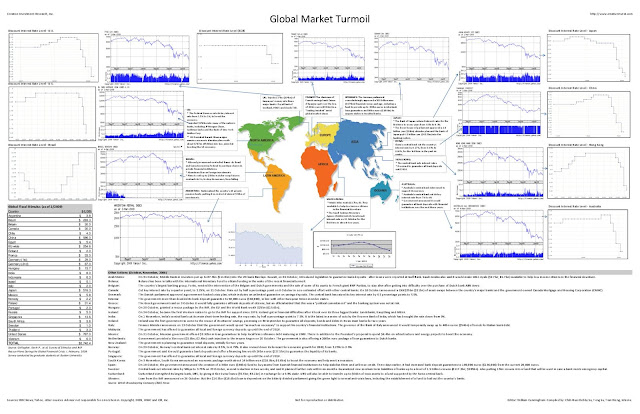 AT almost that three times the level reported in December, 2019, Friday's Black unemployment rate number is surprising and unfortunate, no matter what partisan policymakers and economists say.

Remember, our expectation (and hope) was that fiscal and monetary policy actions would limit the initial damage. The Paycheck Protection and Economic Injury Disaster Loan programs certainly helped keep May's unemployment rate below 20%, but the numbers show that more focused fiscal and monetary policy actions, coordinated on a global level, are needed.

In our comment on the Economic and Social Costs of "Reopening" America, we estimated that U.S. small businesses would need $6 trillion on an annual basis to ensure their survival through the coronavirus crisis. This was confirmed by the head of the Federal Reserve Bank of Atlanta. (See: https://twisri.blogspot.com/2020/04/economic-and-social-costs-of-reopening.html).

Unfortunately the unemployment numbers show that we are just beginning to see the true scale of the damage caused by the virus. As we forecast on December 26, 2016,

" Under any conceivable scenario, the current situation is very bad, and I mean toxic, for democratic institutions in general and for people of color specifically. Bottom line: our Fully Adjusted Return Forecast** indicates that, over time, things will get much, much worse....."

The Fed seemed to signal, by this rate hike, that a more robust economic outlook, strengthened, at least in part, due to fiscal policy (tax bill), provides a solid base on which to tighten (increase interest rates) monetary policy more aggressively in the future. The FOMC also sought to cling to a strategy in 2018, according to the statement, that “supports strong labor market conditions and a sustained return to 2% inflation.”

This cautious stance diverged from market expectation in a surprising way: the market seemed to expect more. The accommodative monetary policy and moderate rate hikes reflected in the FOMC statement caused investors to retreat from their expectations concerning fed rate hike increases. The US dollar Index(DXY) weakened by 0.51%, and both the crude oil future index (CLK18.NYM) and gold future index (GC) increased by 2.28% and 0.43% respectively on the day the FOMC statement was released.

The market may have anticipated an even more aggressive Fed rate hike path, given Fed Chairman Powell’s optimistic view on the economy noted at the semi-annual monetary policy hearing of Tuesday, February 27, 2018. However, any policy uncertainty should be removed now because target inflation rate and employment level are clearly now the top considerations when the Fed acts to implement rate hikes.

For the balance of 2018, I think the Fed will stick to its gradual pace of rate hikes with a 2% inflation target in mind while attempting to maximize employment. The emergence of the employment variable now becomes a hidden priority behind the obscure economic terminologies in the FOMC statement.

Trump’s tariff plan will drag the Fed down

Unforeseeable instability always affects the way in which the Fed reaches its goal and the Trump administration never fails to add instability.

On March 22, President Trump signed a presidential memorandum that imposes tariffs on $60 billion in Chinese imports. Trump has been bothered by the $375 billion goods China/US trade deficit. China and made every effort to change the allegedly “unfair terms of trade”.

As tough and patriotic as Trump thinks he is, hitting China with tariffs can be a tremendous impediment to the Fed, limiting their ability to reach their goal of maintaining an inflation target and maximizing the employment level.

•  Increased prices will push inflation higher and cause job losses.

The tariff imposed on goods like aluminum and steel will be passed on to manufacturers and then to consumers. The sharply increased price of steel and aluminum and the products derived from these materials may contribute to rising inflation, causing the Fed to overshoot it’s 2% long-term inflation goal.

As a result, the Fed may have to increase the federal fund rate in order to adjust to the resulting spike in inflation, should we see one. Undoubtedly, such forced tight monetary policy will further damage the labor market and reduce the prospects for continued economic growth.

While a tariff on imported steel and aluminum can help domestic manufacturers win back  market share and thus will create more jobs in that specific set of industries, the increased cost of production may cancel out this effect and may eventually lead to job losses.

What’s particularly galling about this is that history has already taught us this particular lesson. On March 5, 2002, President Bush imposed tariffs of 8%-30% on imported steel to protect domestic steel manufacturers. A trade group, the US Consuming Industries Trade Action Coalition asserted that the temporary tariffs would give rise to more job losses in the steel-using industries than they would save[1]. This assertion was confirmed by research conducted by Francois and Baughman[2], who showed that 200,000 Americans lost their jobs due to higher steel prices in 2002.

Unexpectedly high inflation and job losses are definitely not the goals that the Fed is pursuing.

•  China’s retaliation will adversely affect US employment and economic growth.

China showed no fear relative to Trump’s intended tariff hit: “China has no intention of having  a trade war with any country,” Chinese ambassador Tiankai Cui responded in a CGTV interview. “But if anybody is trying to be provocative, we will fight until the end.”

On March 23, China’s Ministry of Commerce announced a plan to counterattack Trump’s stiff trade tariffs with a list of targeted US products. The listing includes fruit, wine, pork, ginseng, and stainless steel pipe.

The US would not benefit from a trade war. According to the US Department of Agriculture, China is one of US largest export markets in the world and US exports of agricultural and related products totaled $26 billion. US soybean exports to China alone increased 13 times between 2001 to 2016[3].

Demand elasticity is the percentage change in product (or service) demand relative to the percentage change in product price. The higher demand elasticity is, the more sensitive demand is relative to product price. For example, if demand elasticity for product A is -0.1 and that of product B is -0.05, then a 1% increase in price of A will cause 0.1% decline in demand for A, while a 1% increase in price of B will cause only a 0.05% decline in the demand for B. In this case, B is less sensitive to price changes.

What’s more, the demand elasticity range for steel in US is -0.3 to -0.2[4], lower than that for products such as fruit in China (a US agricultural export), where the demand elasticity range is -1.042 to -0.693[5] . A 1% increase in price of steel due to the tariff will lead to decrease of only 0.2% to 0.3% in steel demand, while the same 1% surge in price of fruit caused by tariff will lead to decline in the demand for fruit of 0.693% to 1.042%. Obviously, US exports of fruits to China will be affected more seriously than Chinese imports of steel.

Exports of US agricultural products will decrease more than the imports of Chinese steel will be curbed. US GDP will be more negatively affected due to the decline in net exports.

To get a better feel for this, let’s take a look at the Gross Domestic Product (GDP) formula and do the math.

Again, job losses and sluggish economic growth are exactly the opposite of what the Fed is working to achieve.

War is war. No one wins when their economies are so tightly tied with each other. While the chance of a full scale trade war remains small, the Fed’s job will be anything but easy should one occur.

Is the Fed ready?

2. Francois, J., & Baughman, L. M. (2003). The unintended consequences of US steel import tariffs: A quantification of the impact during 2002. Study prepared for the CITAC Foundation, Trade Partnership Worldwide, Washington, DC.

4. Barnett, D. F. (2011). Up from the ashes: The rise of the steel minimill in the United States. Brookings Institution Press.