The FedNow℠ Service: The Fed's Blockchain? 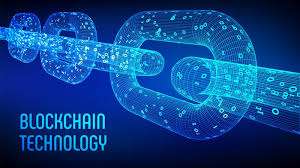 This is a direct response to the threat posed by digital currencies and blockchain. According to one Fed official, "Last summer, the U.S. Treasury recommended that 'the Federal Reserve move quickly to facilitate a faster retail payments system, such as through the development of a real-time settlement service, that would also allow for more efficient and ubiquitous access to innovative payment capabilities.'” Sounds like blockchain to us, thus, we expect this new system to be blockchain enabled. (For more on blockchain, see: What is Bitcoin? How does it relate to blockchain? Henry Zhang, Creative Investment Research Impact Investing Intern. University of Toronto.  Online at: https://creativeinvest.com/crypto/bitcoinfaq.html)

As we noted in our paper "Blockchain, Cryptocurrency and the Future of Monetary Policy," distributed to select members of the House Financial Services Committee, it is critical to understand that bitcoin was created in direct response to the failure of global regulators to protect the public in the years leading up to the financial crisis of 2007/2008. Thus, the ethical and monetary functionality of cryptocurrency is superior to that of paper money. Eventually, cryptocurrency is going to dominate.

One of the reasons for this dominance is the speed with which transactions can be completed on a blockchain, especially one enhanced by quantum computing technologies.

As we also noted in our paper,

"The main economic attributes of a technically effective currency rests on three functions: as a unit of account, a store of value and as a medium of exchange. A unit of account is a common measure for the value for goods and services, the store of value is the way in which we store wealth in order to transfer purchasing power from the present to the future, and the medium of exchange function dictates which item is accepted for the payment of goods and services.  In recent history, these functions have been fulfilled by fiat currencies backed by central banks across both developed and developing nations. Through monetary policy manipulation, the key attraction of these currencies – price stability and widespread acceptance – is implemented through a central banking system, enjoying a great deal of trust globally.

But there is a fourth function of money: as a means of social control. The centralized monopoly over the functions of money held by sovereign governments and central banks has generated great income and wealth imbalances. Concerns about a lack of central bank performance with respect to financial inclusion, income inequality, economic system stability and the tendency of central banks to intermediate on behalf of large financial institutions supported the creation of cryptocurrency"
at September 24, 2019

Email ThisBlogThis!Share to TwitterShare to FacebookShare to Pinterest
Labels: blockchain, Board of Governors of the Federal Reserve System, Cryptocurrency and the Future of Monetary Policy, Federal Reserve Banks, FedNow
Older Posts Home
Subscribe to: Posts (Atom)