Showing posts with the label Crowdfunding
Show all 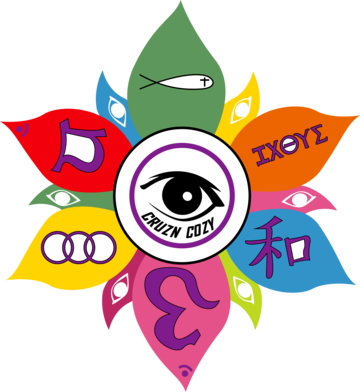 During quarantine, CRUZN COZY has started a kickstarter campaign in high hopes of getting business adjusted to the new norm for all of us worldwide. https://www.kickstarter.com/projects/cruzncozy/the-next-big-thing-0 www.cruzncozy.com Here at CRUZN COZY, we understand that everybody has been affected in some way by this quarantine period. Whether that be emotionally, physically, mentally, or socially. It's been hard for all us, but if you can find in your heart to give just a small token, that will be greatly appreciated. Any amount helps. No amount is too small or too big. A percentage of generated sales from merchandise or the campaign will be given to organizations who help people that are in need of shelter, food and clothes during quarantine. Any backer who gives $100 dollars or more will receive free merchandise from our new collection, and backers who give $200 or more will receive 2 VIP tickets to the SBFW New York Fashion Show Tour 2021.  Thank you so much for your time. O
Read more

How to Use Crowdfunding in 2020 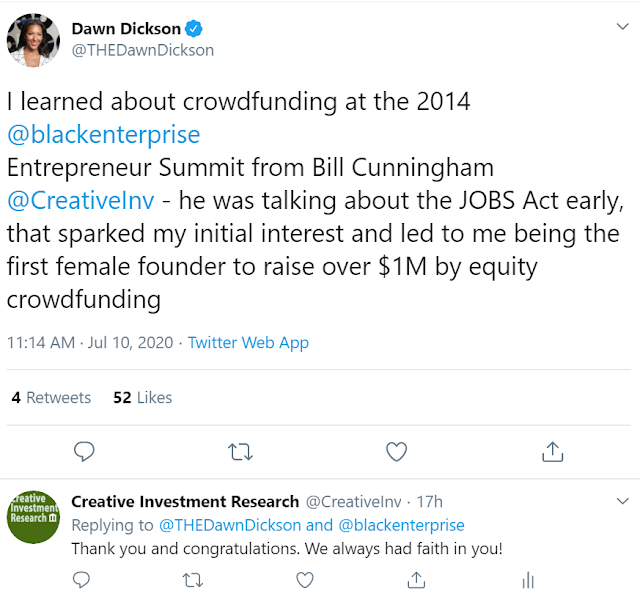 With the attention placed on financing small (especially Black) businesses during the current crisis, and with the problems identified in government-run business financing programs like the PPP, (see * below) we are presenting updated information on crowdfunding. We draw on what we have learned since we issued, in 2012, our book on the subject. (This was, as far as we know, the first one published.) Crowdfunding works by allowing an entrepreneur with an idea for a company or product to post the details of the idea or product on a web site such as Kickstarter or Indiegogo. The crowdfunding provisions of the JOBS Act allow start-up and other companies to sell up to $1 million in equity, or ownership shares, in their business. Our company has been facilitating this type of business financing since July 1998, and. most recently, in June of 2020 . We still believe this is a viable option for minority firms, as we stated in 2012. How to be successful at crowdfunding Crowdfunding
Read more 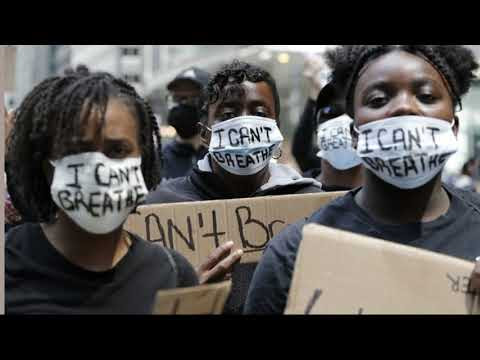 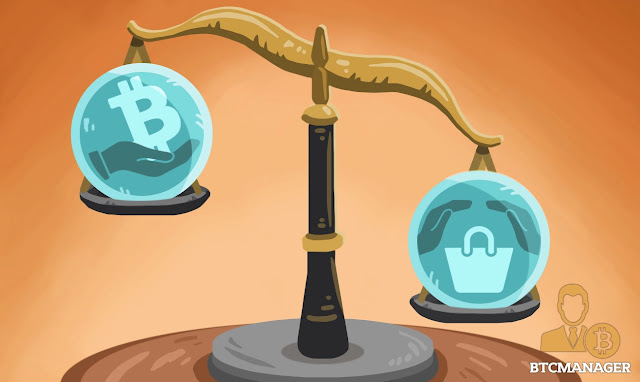 An article on BTCManager.com , reproduced in part below, noted several key features of HR41. "On January 3 rd , 2019, Bill HR 41, titled “ RESCUE Act for Black and Community Banks ” was released. It’s stated purpose is 'To provide regulatory relief for Black and community banks, to codify the Minority Bank Deposit Program, and for other purposes.' The Minority Bank Deposit Program (MBDP) is a voluntary program that encourages credit unions, as well as female and minority-owned banks to become depositories and financial agents for low-income communities. The initiative was created by the US Department of Treasury and is meant to make banking services more accessible to the most underserved communities.  Although not stated explicitly, 'codifying' the MBDP program could imply the use of a blockchain ledger and smart contract system to record and deploy short-term loans based on a predefined set of rules written in code. Such a system would be a huge
Read more 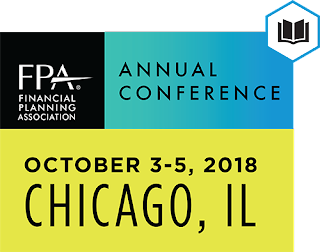 The Trouble with Economics by Sahil Grover, Impact Investing Intern, University of Virginia 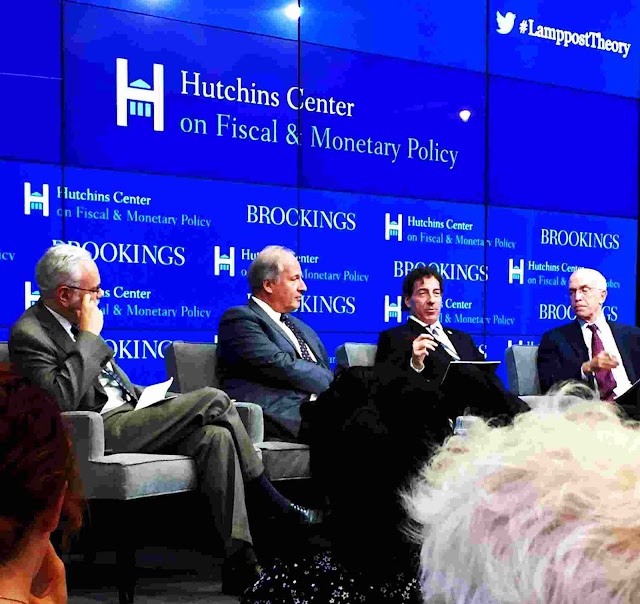 On June 20th, 2017, the Brookings Institute invited Alan Blinder, Representative Jamie Raskin, and Former Representative Vin Weber to discuss the "Lamppost Theory" – the tentative title for Blinder’s new book that seeks to explain why economic policy often comes up short. Held in the Hutchins Center on Fiscal & Monetary Policy, the discussion began with Blinder explaining what the book title means. Blinder’s main argument is as follows: “Politicians use economics the way a drunk uses a lamppost – for support, not illumination” Blinder believes that the reason economists and politicians have not had success working together to create effective policies is because they hail from two completely different “civilizations”. He believes both parties share blame for past policy failures and must learn from each other. Blinder argues that economists and politicians measure success differently, using a completely different set of criterion to make decisions. Economists
Read more

Feedback on the new book! 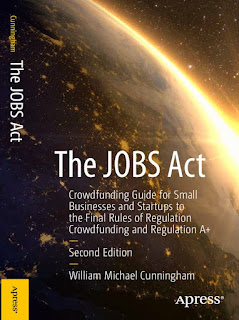 I thought I would share some initial feedback I have received on the new book: The JOBS Act: Crowdfunding Guide to Small Businesses and Startups 2nd ed. https://www.amazon.com/JOBS-Act-Crowdfunding-Businesses-Startups/dp/1484224086 "Definitely clear. I really enjoyed the depth of substance on the Act. I also liked the enthusiasm for crowdfunding w/o any of the manic cheerleading seen elsewhere (impact investing has the same problem - IMHO). Balance goes a long way in my view and you reminding readers that crowdfunding is real work is very important. Scott S. Thank you, Scott!
Read more

We note with interest a recent study from the University at Buffalo School of Management that shows "high quality photos and video, previous crowdfunding success and positive comments from backers are the keys to a successful campaign." This syncs with what we uncovered in our two books, " The JOBS Act: Crowdfunding for Small Businesses and Startups " and in " Top 50 Crowdfunding Campaigns: Fifty Most Successful Crowdfunding Campaigns ." According to news reports, the University at Buffalo School of Management study "found that by receiving these signals, potential investors..gain valuable information that motivates them to participate and increases the likelihood of a project achieving its funding goal." One part of the analysis we found in error, however. One of the authors of the study was quoted as saying that "These sources are important because backers of crowdfunded projects have less access to information than typical private equi
Read more 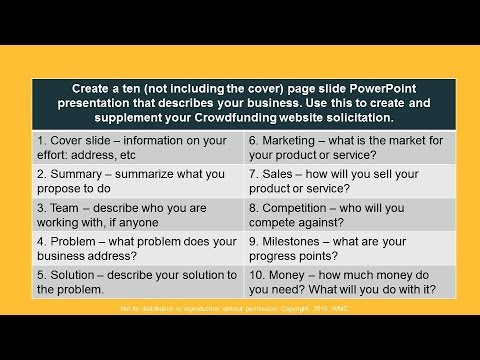 I recently gave a talk at the 2015 National Black MBA Association Washington DC Chapter (NBMBAA-DC) Entrepreneurship Expo. My talk, titled “Black People and Venture Capital” available below. I started with a discussion of  the  key financial institution in the country, the Federal Reserve, which controls the allocation of capital via monetary policy, the tools used to control the supply of money. The Fed is located at 20th Street and Constitution Avenue N.W. and I encouraged DC entrepreneurs to visit the institution, since the Fed directly impacts the ability of small businesses to get capital. I also encouraged Black businesses in DC to use the recently established Offices of Minority and Women Inclusion as a powerful potential source of capital and contracts. Section 342 of the Dodd-Frank Wall Street Reform and Consumer Protection Act contains a provision creating an Office of Minority and Women Inclusion (OMWI) responsible for monitoring diversity efforts at the agencies, re
Read more 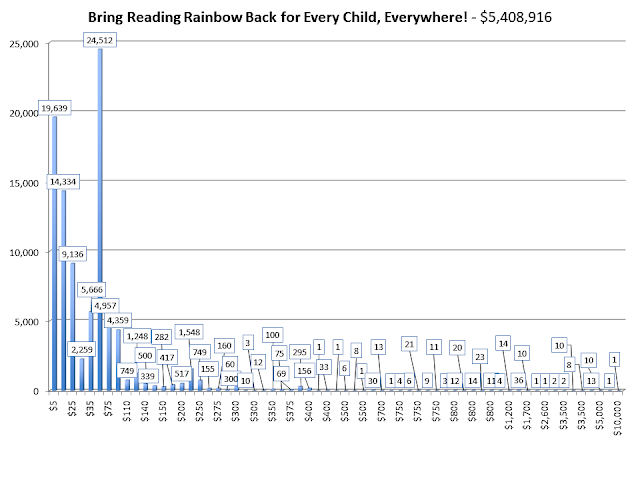 (Photo from: Top 50 Crowdfunding Campaigns: Fifty Most Successful Crowdfunding Campaigns Kindle Edition.  https://www.amazon.com/dp/B00RKK4NL0 ) We note with interest the recent Kickstarter campaign by LeVar Burton for Reading Rainbow . According to one news report, "Reading Rainbow, the PBS children’s program hosted by LeVar Burton that debuted in 1983 and went off the air in 2006,upset many with its departure. But Burton, who also executive produced the program, has managed to keep the project alive in some form or another in the time since. He launched the show as an app in 2012. And now his new venture is to take Reading Rainbow’s large digital library of books and videos to classrooms nationwide for free. But to do so Burton needs capital. So the Star Trek actor turned to Kickstarter to raise money. He launched his campaign last Wednesday to raise $1 million to launch his PBS children’s series online. Although Burton had allotted 35 days to raise the money, within 24
Read more

- December 27, 2012
Author William Michael Cunningham will discuss his new book at the HUB on February 14th from 5-7pm. About the Book: On April 5, 2012, President Barack Obama signed the Jumpstart Our Business Startups Act, better known as the JOBS Act. The act is designed to “reopen American capital markets to small companies,” defined in the act as Emerging Growth Companies. This is one of the most significant legislative initiatives in finance since the Securities and Exchange Acts of 1933 and 1934, and it opens up fund ing to a slew of companies previously shut out of the capital markets. How can you get in on the new funding opportunities? That’s what The JOBS Act: Crowdfunding for Small Businesses and Startups is all about. Investment expert William Michael Cunningham shows how the new law will enable you to use the internet to raise significant amounts of capital funding for your startup. RSVP: http://tweetvite.com/event/JOBSAct
Read more

Commentary: The quest for crowdfunding enters a complicated, but critical phase 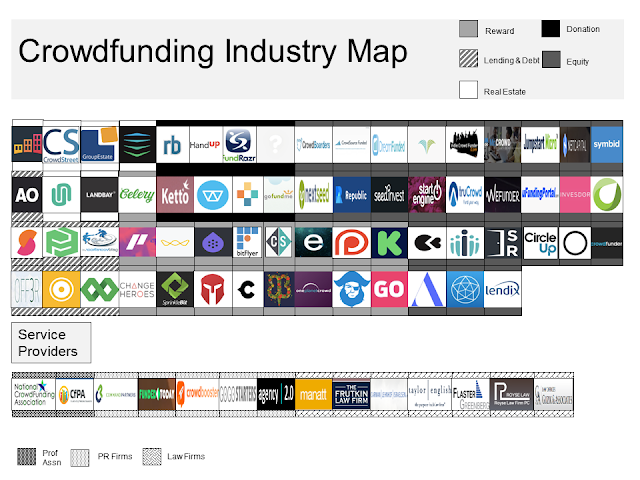 (Photo from: The JOBS Act: Crowdfunding Guide to Small Businesses and Startups by William ... https://www.amazon.com/dp/B01MT104U1/ ) Since President Obama signed the Jumpstart Our Business Startups Act last spring, the most successful crowdfunding campaign — for an e-paper wristwatch called Pebble Watch — raised $10 million. Another campaign — this one for a video game, raised $6.3 million from 90,000 fans online — shows that companies with innovative products and services can raise significant amounts of money online. In about six months, the beleaguered Securities and Exchange Commission will put forward rules that will govern how companies can raise equity capital using crowdfunding. It has been slow going. The SEC, staggered by its role in the financial crisis, is extraordinarily cautious now. The agency remains under the influence of the industry it regulates, which is frightened by crowdfunding. Industry officials have built obstacles in the SEC’s path to creating crowd
Read more 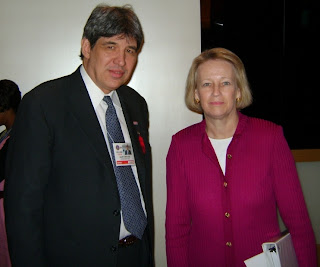 Gary Brouse, ICCR and Mary Schapiro, SEC. SEC Open Meeting, 2011.  Photo by William Michael Cunningham. We note, with more than a little regret, Mary Schapiro's exit from the Securities and Exchange Commission. How her departure will impact the Dodd/Frank Section 342 initiative and Crowdfunding is unclear. She was in a tough and thankless job. In her favor, she did save the Agency. The question is, save it for what? Will it take the more aggressive stance required to repair the financial system? It seemed to be moving in that direction . My concerns with the Agency are well known , but Ms. Schapiro was cordial and professional every time I met her. I thank her for her service and wish her well.
Read more

- October 24, 2012
Submitting a brief to the Supreme Court There is a case before the Supreme Court that will allow every person responsible for the recent financial crisis to escape punishment. The case is  Gabelli v. Securities and Exchange  Commission  and   "a decision is expected in the court's upcoming term, which ends in June." I have decided to file a research paper (called an Amicus Brief) with the Supreme Court explaining why letting these guys go might be a bad idea for the rest of us, but I need your help. http://www.indiegogo.com/ supremecourt
Read more

- September 12, 2012
This webinar will provide a social investing summary of the law,  along with a summary of how investors and businesses can use the law to enter the Crowdfunding market.  We will also review current developments. All paying attendees will get a copy of my book:  The JOBS Act: Crowdfunding for Small Businesses and Startups  [Paperback - Published 9/26/12]  The law targets emerging growth companies and defines them as an  issuer with “total annual gross revenues of less than $1,000,000,000  (one billion dollars)..during its most recently completed fiscal year.”  For potential investors, providing a platform for the sale of emerging company securities does not require registration as a Broker/Dealer, given certain exemption qualifications.  To become a funding platform, vendors must  fulfill 12 requirements.  Equity issuers are subject to certain restrictions/limits.  There are four trading restrictions and three exemptions. Issuers (Emerging Growth Companies) are liable for any
Read more 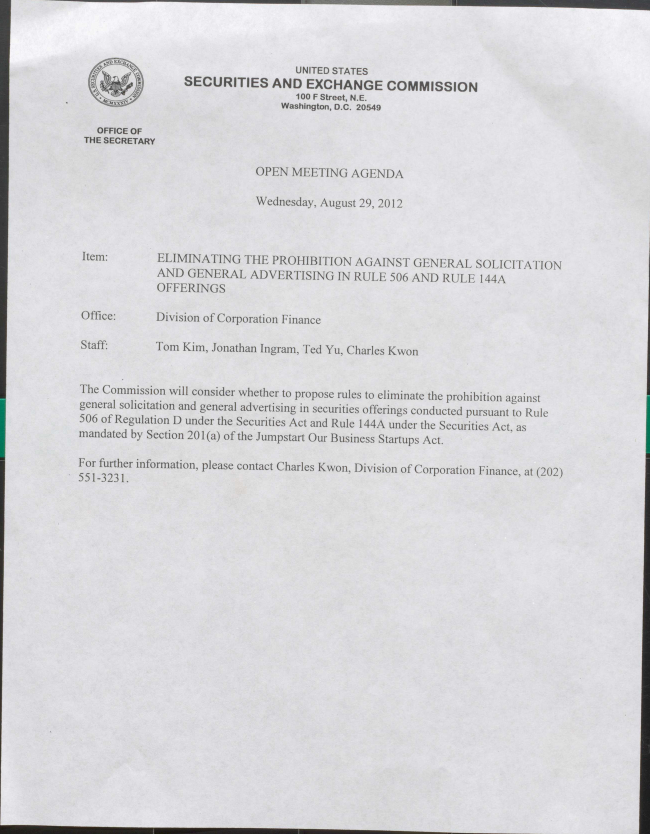 The above is from the SEC's meeting on Rule 506 of Regulation D. This is an important provision that will allow small firms to raise up to $50 million under the JOBS Act. The result of the meeting is that a draft rule will be posted to the SEC website concerning the mechanics of this provision later today.
Read more
More posts