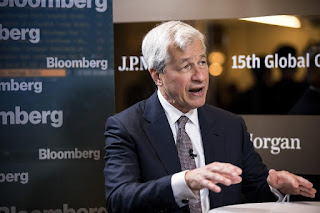 The Business Round Table (BRT), a group of the largest corporations in America, declared recently that "profits for shareholder are no longer the only purpose of a corporation." This profits-first strategy, known as “shareholder wealth maximization,” has been the guiding philosophy for much of American business since 1619.

It was always the wrong goal. Some, mainly those excluded from fully participating in the economy, knew this to be the case. Martin Luther King, in a sermon given on November 4, 1956, warned that "material means have outdistanced spiritual ends, that mentality has outdistanced morality, and that civilization has outdistanced culture." More specifically, King, in a September 1, 1958 essay, wrote that “We are prone to judge success by the index of our salaries or the size of our automobiles, rather than by the quality of our service and relationship to humanity.”

Even Robert F. Kennedy, the wealthy scion of an influential family, declared, at the University of Kansas on March 18, 1968, that for:

"too long, we..have surrendered personal excellence and community values in the mere accumulation of material things...Gross National Product counts air pollution and cigarette advertising, and ambulances to clear our highways of carnage. It counts special locks for our doors and the jails for the people who break them.  It counts napalm and counts nuclear warheads and armored cars for the police to fight the riots in our cities. It counts..the television programs which glorify violence in order to sell toys to our children. Yet the gross national product does not allow for the health of our children, the quality of their education or the joy of their play.  It measures neither our wit nor our courage, neither our wisdom nor our learning, neither our compassion nor our devotion to our country, it measures everything in short, except that which makes life worthwhile."

As shown, Kennedy's comments had their origin in the Black Community.

Both men knew "maximizing only shareholder value" was never a reasonable goal. It was an excuse, and, by 1968, a response to increasing ethnic and gender diversity. It was an effort to keep "the other" out. It worked: "income inequality in the United States increased significantly since the 1970s."

More rational corporate goals, like "delivering value to customers, investing in employees, dealing fairly and honestly with suppliers, supporting communities and protecting the environment" may now become the focus of the competing, sometimes conflicting ambitions that corporate management will pursue. This requires maximizing social and financial return. We have shown, over 30 years, that it can be done. It is not, however, easy.

Given the extreme social volatility the US has experienced in the years following the financial crisis of 2008, (a crisis created, in part, by current BRT members), income inequality, and the hatred and instability it generates, will soon reach the point where they threaten the entire US economic system.

We can only hope BRT's change of heart is genuine, and that it is not too little, too late.

According to the Responsible Investor and SEC websites, in a major policy reversal, "the Securities and Exchange Commission (SEC) (will) allow shareholder resolutions (concerning) companies’ environmental and social risks.. Similar resolutions had previously been blocked under policies dating back to the Bush administration. The move was unveiled in new guidance by the SEC’s Division of Corporation Finance under new director Meredith Cross. As a result, companies will no longer be able to automatically exclude resolutions seeking information on the risks of environmental, human rights and other social issues." Shareholder resolutions are now sure to include executive compensation, community development, diversity, gender, SRI, ESG and CSR issues.

According to the NY Times, "This proxy season is already proving to be more contentious and active than last year.So far, 283 shareholder proposals have been disclosed, compared with 252 for the same period last proxy season. The rise is largely attributable to proposals on corporate governance issues."
at March 31, 2009

On Shareholder Proposals: the Big Dogs Weigh In

In a November 1st letter to the Chairman of the SEC, Christopher Cox, 9 members of the Senate Banking Committee, or almost ten percent of the full U.S. Senate, wrote urging the SEC to maintain the current set of proxy rules and regulations. In the view of these members, "neither proposal should be adopted."

(For our response, see:
http://twisri.blogspot.com/2007/10/response-to-sec-shareholder-proposals.html)

Current federal law leaves regulation of the proxy process up to the SEC. Period. In a side conversation at a House Financial Services Committee hearing on Proxy Access held on 9/27, we warned Tim Smith, Chairman of the Social Investing Forum against believing that pushing to hold a hearing or getting letters written will block implementation of one of the two proposed rules. The issue is similar to what occurred in Florida (2000) and Ohio (2004:) what matters is the relevant vote, not the popular vote. In this case, the relevant vote is that of the Commission. Unless you have a seat on the Commission, you don't get to vote on the matter.

The views of the other 91 U.S. Senators are not known at this time. This means there is a good chance Mr. Cox will be able to approve one of these proposals and stay in his position, at least for the next twelve months.

On October 8th, we filed our response to the following SEC proposed rules:

In our response, we note the following: We continue to believe that efforts to block these rule changes will be ineffective. We suggested a coalition-based approach to this issue in 2004, in a presentation at SRI In The Rockies, a social investing conference. Unfortunately, social investing groups are not immune from the same bigoted and exclusionary tendencies that impact society at large. For these groups to wait until 2007 to create the coalition we suggested is, in our opinion, simply too little, too late.

[1] In fact, if there are any “special interest directors” currently serving on corporate boards, they are those whose sole interest is self enrichment at the expense of other shareholders.