Showing posts with the label DC Mayor Bowser
Show all 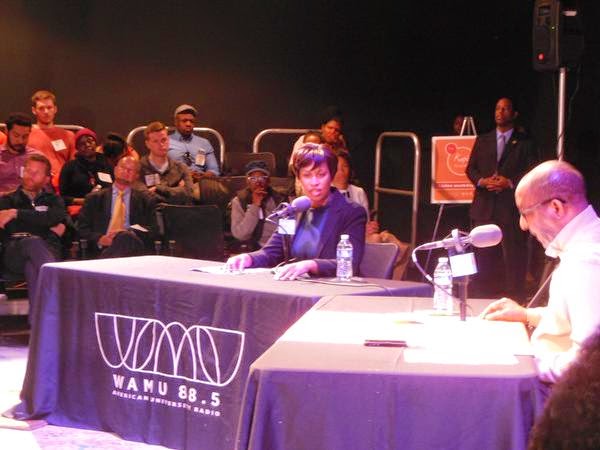 Our economic research reveals the following:  there is not a single city in the United States of America where the majority of Black people resident before gentrification have been better off post-gentrification. Not one. In every single case, Black income and wealth are lower, significantly so. I mention this because of a comment I made to DC Mayor Bowser at a Forum on Development in Anacostia, Washington, DC. Here is my original comment before the DC City Council:  https:// youtu.be/rlr_DomOais The Mayor appears to believe that this is simply not an issue. My comment and the Mayor's response can be heard at minute 42:00 here: http://thekojonnamdishow.org/audio/#/shows/2015-04-02/d-c-mayor-muriel-bowser-a-forum-in-anacostia/87938/@0:00
Read more
More posts