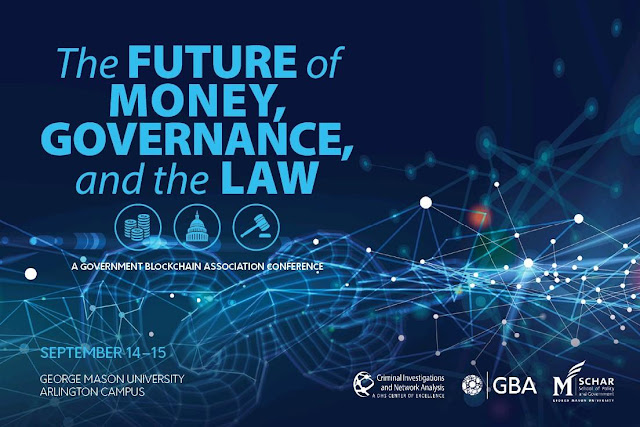 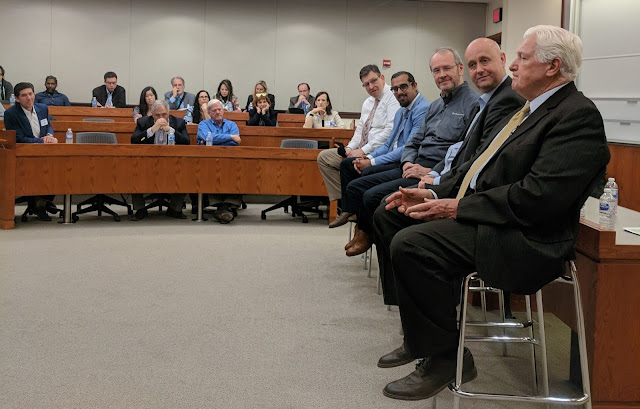 The discussion the Government Blockchain Association hosted on March 30th was the first in a yearlong series the group is hosting on the future of money. The 90 GBA chapters around the world will be hosting similar discussions leading up to a conference at the end of 2019 where the discussions will be compiled and presented. Additionally, the GBA Working Groups that analyze a large number of Blockchain related topics will develop position papers that will be published in The Government Blockchain Association’s annual report on the Future of Money, Governance & Law. The goal of these panels and working groups is to ask, and attempt to answer, some of the questions that governments around the world must begin to address in relation to how blockchain will affect the future of money, governance & law.

The first panel that was hosted at Georgetown University was an introduction to future GBA events globally. Gerald Dache, the Founder and President of GBA, moderated the event and guided the conversation through topics that included the current state of cryptocurrency adoption, government’s perspectives on the greater blockchain technology, the relationship between the private sector and public sector, and the potential solutions these technologies could offer as well as the disruptions they are predicted to cause. The panelists offered a wide range of perspectives that offered insights into more technical aspects, the political aspects and the financial aspects of it. In the next section I will offer some key takeaways from the event:

The past year saw a rapid rise and fall of cryptocurrency adoption. This drew a lot of attention for its volatility, but also reflected the expanded interest in blockchain globally as well as the advances in the foundational blockchain technologies that happened in the background. The political environment of distrust in the government and financial institutions is contributing to a collective desire to avoid being controlled, politically and financially. While crypto and virtual currencies have yet to advance to the point of being a fully stable monetary alternative, these disruptive technologies are on the rise and could reach a tipping point if companies and governments fail to reform. We are living in a digital society, these transformations are less dramatic than one would assume. Think about how frequently individuals use cash versus debit and credit cards or payment services such as PayPal and Venmo. This is particularly true in developing countries where the financial systems are less reliable and efficient. The appeal of this new technology is not only driven by a desire to become independent of corrupt governments. Unbanked individuals can control and safeguard these crypto assets with only a phone and an internet connection. While cryptocurrencies are certainly not at the point where they will destabilize governments, the rationale behind their purpose has grown in society and the private sector. This has peaked the attention of governments and regulators.

Government perspective on this growing adoption

It is difficult for governments to grasp the concepts behind cryptocurrencies due to the fear of loss of control and of the use of money, inflation rates, etc. There will be a tremendous amount of resistance. The banning of cryptocurrencies by India's central bank was brought up as an example. There is a fear that the unbanked citizens, representing one -third of their population, could disrupt the entire monetary system. Another issue, the global debt burden imposed on the younger generations, might lead to a rejection of the current financial system and a transition to a system based on a decentralized digital currency. With that said, the larger issue at hand is the underlying blockchain technology and the disruptions that it could cause across all industries. One panelist saw cryptocurrencies as sequoias that are impressive and massive, but they are simply just a clump of trees, not the whole forest. The greater issue for governments, at the moment, will be the applications of blockchain in creating more efficiencies in industries like the financial sector, the healthcare sector and the larger general supply chain. The next issue becomes the fragmentation of policies and regulation between federal, state, and municipal governing bodies as they react to the implementation of these technologies. For many politicians, blockchain is seen as a disruption that will remove jobs, so why adopt and encourage it?

Relationship between the private sector and public sector:

The relationship between the private sector and public sector with respect to these emerging technologies is one that will follow historic precedent: governments will be reactive rather than proactive, adopting these technologies only after the private sector has shown their overwhelming value, then regulation will be built around it. Some of the applications of blockchain will be able to address are the same that governments have and these will be adopted on a larger scale. For example, in the medical industry, blockchain can help by standardizing and concentrating personal medical records in one place while also tracking the pharmaceutical supply chain to combat counterfeit drugs. Similarly, blockchain based supply chain technology can be applied to the military weapons supply chain, automotive industry safety regulation and much more. Private companies will develop these capabilities and then the federal government will mandate use on a greater scale. An example of this was the way Facebook forced a revision of federal regulation on internet privacy laws.

Cryptocurrency and blockchain highlight the hidden, fourth function of money. The three widely recognized main functions of money are as: a medium of exchange, a unit of account, a store of value. Mr. Cunningham states that there is a fourth function of money that is hidden and rarely discussed: as a means of social control. Crypto currency forces this function into the open.

Initiative won’t come from legislative branch
Only way we’re going to survive is by using this technology – we are extremely inefficient right now.
The technology can achieve tremendous efficiency, billions of cost savings, hard to quantify
On verge of radical transition, broader technology not just blockchain and needs to be more conversation around it
Could restore some trust in government
But it is also scary, disruptive, threatening to status quo
Will be met by enormous resistance
The only way it is going to catch on is not only reading about it, but its talking about it with friends
Knowledge is power – ability to explain this in practical terms is how this will be effective

· Main applications
o Most fundamental application will be in back office very boring stuff, not the exciting stuff people care about
§ Back office financial business, medical logs, etc
· The rate at which large institutions, especially in the financial sector, will adopt this is not as quickly as you believe
o Legacy systems, which are programming languages from the 70s/80s/90s, are still used today, they are very slow to change and integrate systems. Have to maintain system integrity and communication.
o Emerging technology changing by the moment, hard to adopt
o Cryptography is very important to this, but we don’t know the future of it, not sure if anyone can say we’re going to be using same technology in the next 5 years

· Off that point, blockchain isn’t modular, it can’t just fit any company, would have to spend years and copious amounts of money to fit specific to needs, change every other system that touches it
· Don’t need millions of dollars, a masters degree, etc
· Go to meetings, try technologies, get involved on even a very small level
at March 31, 2019