Showing posts with the label Janet Yellen
Show all

On July 13, the Senate Committee on Banking, Housing, and Urban Affairs met in open session with the Chair of the Board of Governors of the Federal Reserve System, the Honorable Janet L. Yellen, for“The Semiannual Monetary Policy Report to the Congress.” I attended this hearing and this blog post shares my reaction as well as some analysis. Despite the fact that the hearing was supposed to be about monetary policy, the Senators mostly questioned Yellen about regulatory issues. Republicans have been pushing for widespread rollbacks of Dodd-Frank financial regulations, so this is not surprising. This regulatory theme was apparent from the beginning, with Sen. Mike Crapo (R-ID), the Chairman of the Committee, asking Yellen to affirm that she believes Congress needs to act on some areas of financial reform and that the Fed would work to make suggestions to the Committee, both of which Yellen readily agreed to. The ranking Democrat, Sen. Sherrod Brown (D-OH), quickly responded b
Read more

Why the #FED doesn’t care about Black unemployment 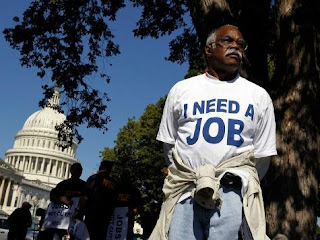 Why the  #FED  doesn’t care about Black unemployment. EllisonReport 12/22/2015 edition: New shifts in the GOP primary. Emerging differences among Democratic and GOP candidates on national security issues. How the political calculus might reshape (or not) in wake of trial, grand jury decisions. Federal education policy 50 years later. How recent interest rate hikes eviscerate already eviscerated African Americans.   Economist William Cunningham (@CreativeInv) talks about how the Fed doesn’t care about Black unemployment – but, has many tools at its disposal to take care of it.  Listen at:  https://drive.google.com/file/d/11yR9RGTdY5ccp5PyEhbjkRqgiKQJm34-/view?usp=sharing
Read more
More posts