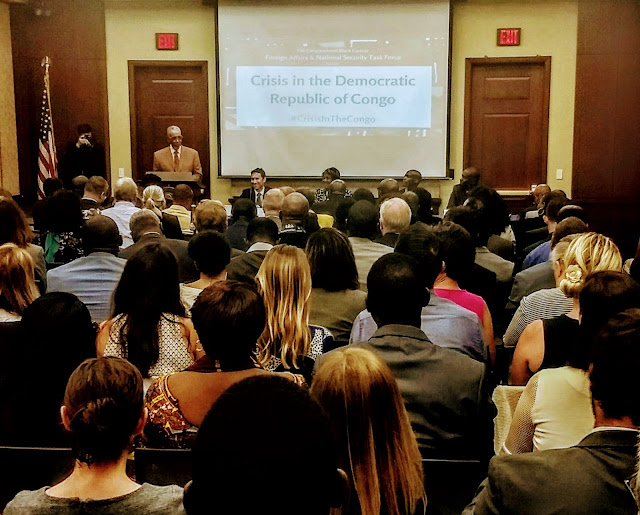 The most recent Africa Policy Breakfast, “Crisis in the Democratic Republic of the Congo” (DRC) was held on May 16th and hosted by the Congressional Black Caucus Foreign Affairs & National Security Task Force. The discussion considered options for regional and international responses to the situation in the DRC, a Central African country rich in natural resources, with 79 million people. The country has industrial diamonds, cobalt, and copper along with about 50% of the potential hydroelectric power for the continent.

The Policy Breakfast started with a brief introduction to the current crisis in the DRC and moved onto discuss potential solutions. The country has experienced many conflicts, causing the displacement of 1.7 million people in 2017. This tumultuous period can be attributed to a myriad of overlapping factors including the destabilizing historical role of Western countries vis a vis the DRC's colonial past, the corrupting influence of foreign corporations who value monetary interests over African lives, the weakened state of civic institutions, as well as ongoing ethnic and political conflicts. 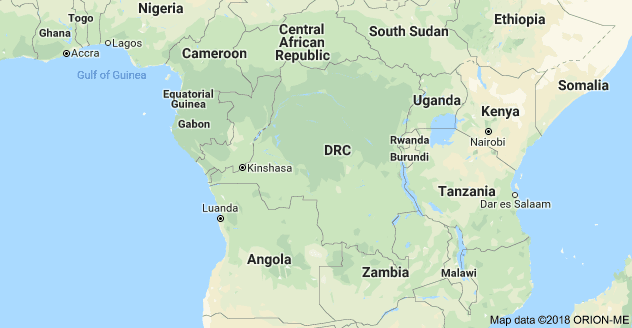 Given the above, it is evident that the situation has complex and deep-rooted causes which have significantly and negatively impacted both the Congolese and others in the region. In point of fact, these conflicts were on display at the Breakfast itself. During the DRC’s US ambassador's talk, in which he gave a rosy version of events in keeping with his government's stance, he was met with a series of disapproving jeers.

Ultimately most members of the discussion panel agreed that the first step in resolving the situation should include the resignation of the DRC's current president, Joseph Kabila. Mr. Kabila has extended his tenure as President by manipulating the DRC's constitution. (This may be a warning to the US under trump.)

We hope that there are more events like this, with greater depth, providing deeper insight into the DRC's tragic situation.
at May 16, 2018