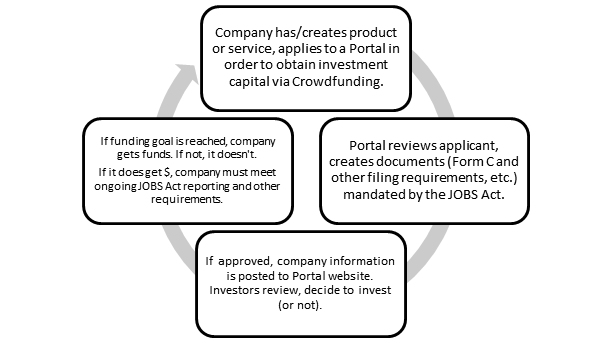 (Photo from: The JOBS Act: Crowdfunding Guide to Small Businesses and Startups. https://www.amazon.com/dp/B01MT104U1/)

In April, President Obama signed the Jumpstart Our Business Startups Act. A provision in the law establishing crowdfunding as a mechanism to spur start-ups has the potential to significantly help minority firms.

Large financial institutions, which are supposed to take small deposits from a large number of savers and use those funds to make fair and honest loans to individuals and small businesses, sometimes are not doing so.

One only need look at Wells Fargo to see that credit decisions by large financial institutions are not always made in a racially or gender neutral manner. In 2011, a jury in Los Angeles found, according to the court document, that “the bank consistently and knowingly discriminated against borrowers in minority neighborhoods, resulting in these borrowers paying more for their loans than borrowers in nonminority areas.” Small-business owners often use the equity in their house as a source of start-up capital.

Between 2002 and 2007, according to the Census Bureau, the number of minority firms jumped by 45.6 percent — twice the overall rate of U.S. businesses.

Still, they lag nonminorities in just about every category. While minorities in 2010 comprised 35 percent of the nation’s population, they represented 15 percent of business owners, according to American Express Open.

Minority-owned firms in general, according to the Small Business Administration, generate less revenue than their white counterparts. For instance, black-owned businesses earn 43 cents for every dollar earned by white firms, according to the SBA.

Moreover, a study conducted by the Commerce Department concluded that women- and minority-owned firms “experience higher loan denial probabilities and pay higher interest rates than white-owned businesses even after controlling for differences in credit-worthiness, and other factors.” The failure rate of minority businesses is higher than that of nonminority firms, according to the Commerce Department’s Minority Business Development Agency, partly because of lack of capital.

But crowdfunding can potentially level the playing field, opening new sources of business capital and revenue for women- and minority-owned firms.

Crowdfunding works this way: An entrepreneur with an idea for a company or product posts the details of the idea or product on a Web site such as Kickstarter. The posting includes information on the amount of money needed, benefits to those who contribute to the project and information on the developers. The crowdfunding provisions of the JOBS Act allow start-up and other companies to sell up to $1 million in equity, or ownership shares, in their business.

Our company has been facilitating this type of business financing since July 1998.

In one case, we were approached by a woman who had just won a $227,000 contract with a city in Indiana for her start-up construction firm. She was having trouble getting financing. We put her in touch with a firm that made an investment allowing her to pay $30,000 of her outstanding invoices.

This freed up cash flow she needed to cover payroll. The financing put the company in a position to receive additional work valued at $500,000.

The crowdfunding and other provisions of the JOBS Act offer women and minority firms an opportunity to raise funds from a wide community of investors, without having to go through banks and other financial institutions that often put roadblocks in their way.

While this is no panacea, crowdfunding expands business financing options far wider than previously. It’s an option more minority- and women-owned firms should consider.