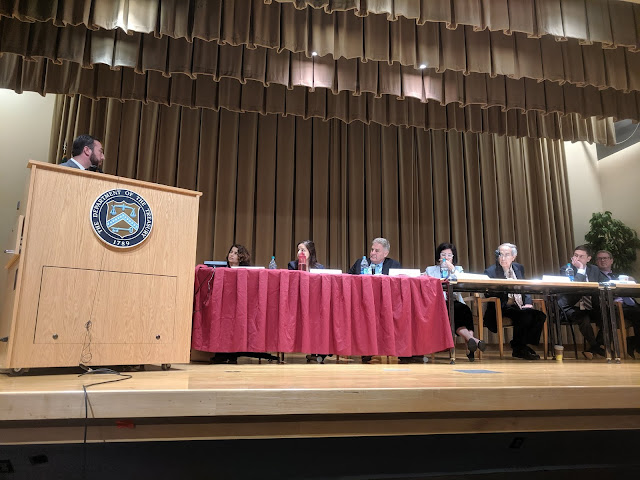 On July 9, the IRS held the second hearing on Qualified Opportunity Funds following the second tranche of proposed guidance on Opportunity Zones issued on April 17. The first hearing in February followed the initial regulation issued on October 19. The panelists of Internal Revenue Service and Department of the Treasury employees asked speakers to discuss problems and examples of possible solutions that can help them clarify the regulation.

The panel emphasized that they are governed by the language within Opportunity Zone legislation. They are not legislatures themselves. They stressed that their job is to work within the guidelines of the laws congress passes.  The 19 speakers each discussed what they thought would help improve the legislation.

The initial hearing covered an array of issues and clarifications for the Treasury Department to address. During this second hearing, speakers had a narrower list of issues to address, largely technical and tax related.  This is expected to be the last hearing on Opportunity Zones. Final regulations are expected to be issued later this year.

The following speakers touched on social issues not clarified by the second tranche of guidance.
William Michael Cunningham (Creative Investment Research) expressed concern that the program will divert economic resources and needed tax revenue from black and brown communities. He suggested that legislators who had a part in selecting the Opportunities Zones (OZ) be specifically prohibited from benefiting financially from the OZ program.  He suggested using Ethereum blockchain to report on OZ social impact. Also, he suggests that the tax credit be calibrated to the social impact of the business.

Mary Scott Hardwick (Opportunity Finance Network) was excited about the potential additional capital flows into disinvested communities but expressed reservations that the proper regulations have not been written to do so. She expressed support from Opportunity Finance Network for the Beech Centers OZ framework. In addition to anti-abuse provisions, there needs to be clarification on vacant land improvement.  Hardwick requests a ban on sin business that extends to subsidiaries and clarification on the reasonable cause that allows a fund to fail the 90% asset test. She also expressed support for the EIG Coalition’s recommendation for improving regulations for operating businesses.

Fran Seegull (U.S. Impact Investing Alliance) underscored the importance of data collection and publicly reporting transaction data on Qualified Opportunity Funds in a way other than through a tax form but likely a web portal for real time collection. She recommended that treasury provide greater clarity on abuse prevention. The IRS commissioner should maintain authority to recharacterize abusive investments.  Seegull asked that clear abuse actions be defined such as land banking.
Most speakers express optimism for the program. Some have hopes that the tax incentives for investors will reduce poverty, increase employment and spur growth in historically underdeveloped communities. Others criticized the program finding it unlikely work as optimist hope. Instead, it will lead to gentrification and the displacement of current residents.
at July 28, 2019