Showing posts with the label competition
Show all 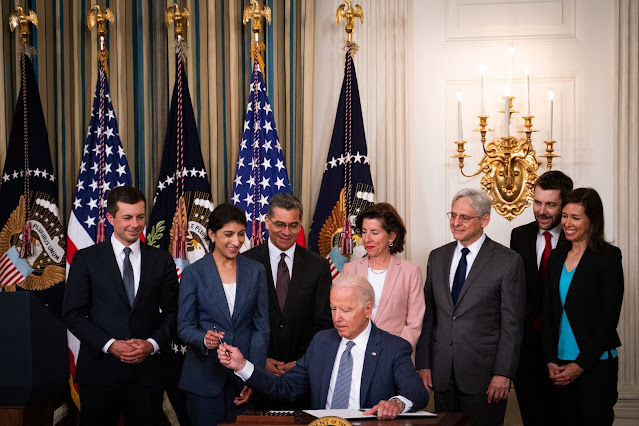 On Friday, July 9, 2021, "President Biden signed a sweeping executive order..intended to increase competition within the nation’s economy and to limit corporate dominance, factors the White House says have led to higher prices and fewer choices for consumers while dampening pay and restricting the freedom to change jobs." Mr. Biden noted that “What we’ve seen over the past few decades is less competition and more concentration that holds our economy back..rather than competing for consumers, they are consuming their competitors. Rather than competing for workers, they’re finding ways to gain the upper hand on labor.” This order synchs to several issues we identified in Amicus Briefs filed in Federal appeals and lower courts: September, 2018 - Amicus Brief in Net Neutrality Case (18-cv-1051) https://www.prlog.org/12729944-william-michael-cunningham-files-amicus-brief-in-net-neutrality-case-18-cv-1051.html As we noted in that brief, eliminating net neutrality lowers income for
Read more
More posts