Showing posts from December, 2021
Show all

The Real Risk is not Inflation: it's Civil War 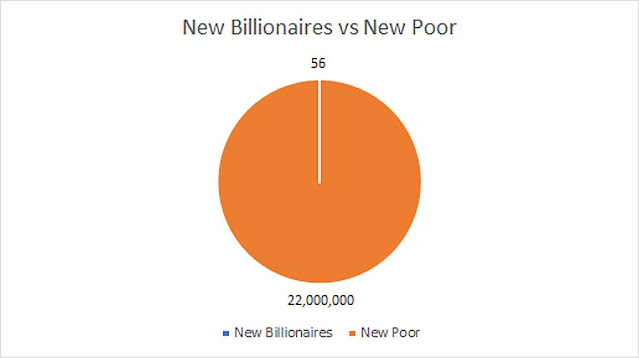 We note the Federal Reserve now expects to "end its pandemic-era bond purchases in March (2022) and pave the way for three quarter-percentage-point interest rate hikes by the end of 2022.."  While we agree the Fed is correct in observing that, for whites, "the economy no longer needs increasing amounts of policy support," specific sectors and demographics require ongoing support. The key skill of a central bank in the current environment is identifying these demographic sectors and providing targeted, non-inflationary support. There are a number of ways to do so, but, given the lack of relevant African American diversity on and at the Board, we do not expect the Fed to be familiar with these techniques. (We suggest they see our Maternal Mortality Reparation Facility for Black Women. ) We continue to believe that the recent inflation spike is due to fear and greed-based labor and supply chain disruptions resulting from the unprecedented and ongoing COVID crisis. This
Read more 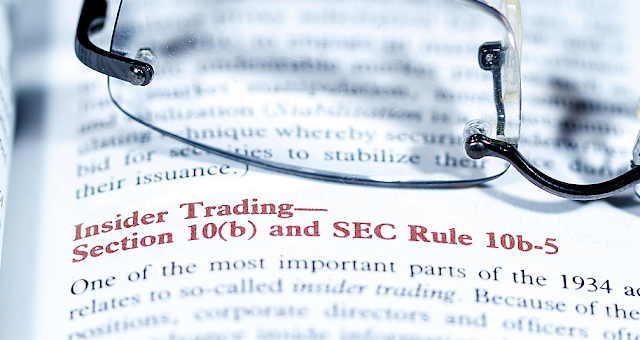 The SEC defines insider trading as buying or selling a security in breach of a fiduciary duty or other relationship of trust and confidence, while in possession of material, nonpublic information about the security. Insider trading is not isolated to Wall Street and has increasingly become an issue on Capitol Hill and in regulatory agencies, like the Federal Reserve. A 2004 study examining common stock returns generated from 1993-1998 on equity held by US Senators found that a portfolio mimicking the purchases of Senators outperformed the market by 85 basis points each month. On the other hand, portfolios mimicking equity sales by Senators underperformed the market by 12 basis points each month. The study noted that these results “suggest Senators knew appropriate times to both buy and sell their common stock.” Congress is privy to nonpublic information obtained via briefings from regulatory agencies, other Congress people and trade associates. They have access to this informat
Read more 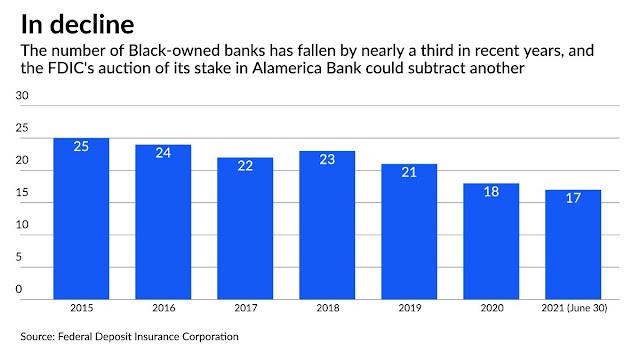 The Federal Deposit Insurance Corp. plans to auction off a controlling stake in Birmingham, Alabama-based Alamerica Bank on Wednesday, a move that could result in Alamerica passing out of minority ownership. While a preliminary bidder’s list included several large Black-owned banks, it also included some non-minority bidders. Founded in January 2000, the $15.4 million-asset Alamerica is the smallest of the 17 remaining Black-owned banks in the United States. According to William Michael Cunningham, CEO at Creative Investment Research and an authority on Black-owned banks, the FDIC-owned shares were used as security for a $4 million loan from Silverton Bank. They passed into the FDIC’s possession following Atlanta-based Silverton’s failure in May 2009. The FDIC “certainly has the right to do this,” Cunningham said Tuesday, but he called it troubling that Alamerica might wind up outside the minority banking sector as a result of the auction. “If Alamerica is no longer Black-owned, that c
Read more
More posts