Showing posts with the label Capitol Hill Riot
Show all

The Case for the 14th Amendment 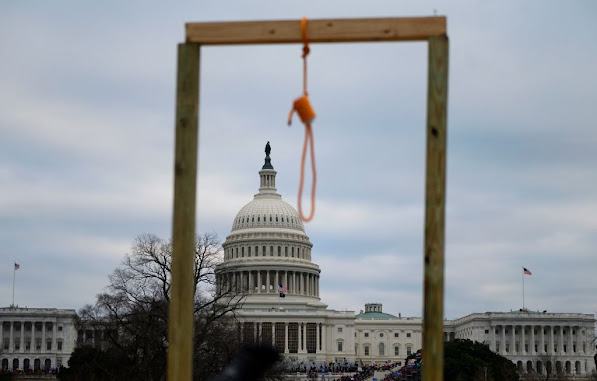 There can only be one reason for the events of January 6, 2021 - republican political culture officially sanctioned “insurrection, terrorism and treason.” A collection of racist and fascist sympathizers sought to murder the Vice President and members of Congress.  We discussed this eventuality on December 26, 2016: "Under any conceivable scenario, the current situation is very bad, and I mean toxic, for democratic institutions in general and for people of color specifically. Bottom line: our Fully Adjusted Return Forecast** indicates that, over time, things will get much, much worse....." From: Trumpism.   https://www.linkedin.com/pulse/trumpism-william-michael-cunningham-am-mba/    Now, the power of right-wing lobbyists, conservative think tanks and fanatic media outlets have directed American public policy in support of extremism and militarism.  In order to understand what happened, we must recognize that   the   key motivational force was Trump’s call to violence. Only a
Read more
More posts