Showing posts with the label comey
Show all 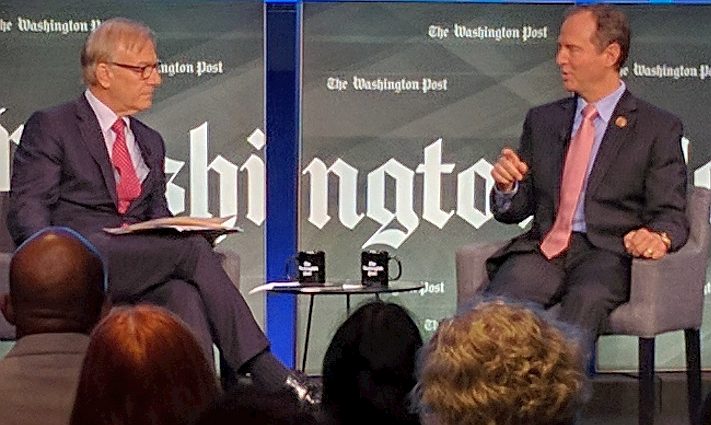 On June 7, as part of The Washington Post’s recurring series Securing Tomorrow , Representative Adam Schiff (D-CA), the ranking Democrat on the House Intelligence Committee, sat down with David Ignatius of The Washington Post to discuss the investigation into Russian meddling in the 2016 election and possible collusion or ties to the Trump campaign. I was in the room for this interview, so I’m going to try to answer the most important question: What important things did we learn from this interview? Rep. Schiff commented on former FBI Director James Comey’s description of President Trump’s behavior in a written statement submitted by Comey on June 7, which included the President describing the Russia investigation as “’a cloud’ that was impairing his ability to act on behalf of the country,” and asking what the FBI “could do to ‘lift the cloud.’” Schiff called this behavior “certainly evidence of interference or obstruction.” This is important. As we know from Watergate, obst
Read more
More posts