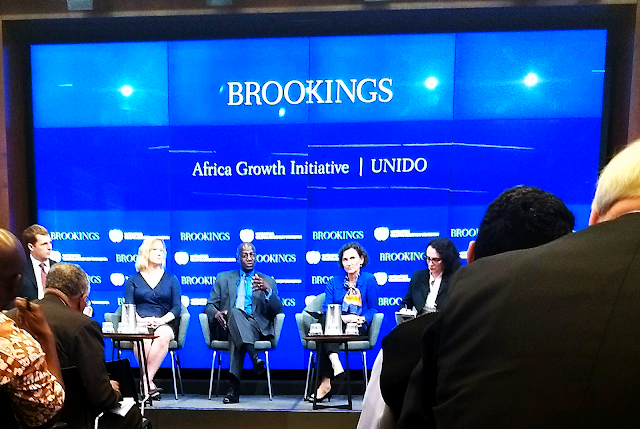 On Monday, June 4, the Brookings Institution, in partnership with the United Nations Industrial Development Organization (UNIDO),  held a panel discussion titled “Industry 4.0 in Africa: Helping or hindering?”. Industry 4.0 refers to the digitization of the manufacturing sector, driven by computing power, connectivity, and new forms of human-machine interaction, like artificial intelligence.

The panelists were Julius Akinyemi an Entrepreneur in Residence at MIT Media Lab, Mary Hallward-Driemeier the Senior Economic Adviser for Finance, Competitiveness, and Innovation at the World Bank, Susan Lund, Partner at the McKinsey Global Institute, and Olga Memedovic, the Chief of Business Environment, Cluster & Innovation Division in UNIDO's Department of Trade, Investment & Innovation. The panel addressed relevant issues and questions, such as: What can be done to put the prerequisites for Industry 4.0 adoption in place? What are the overall implications for Africa within the Industry 4.0 paradigm? How can Industry 4.0 be harnessed to improve the livelihoods of the continent’s most vulnerable people?

The panel began with the following assumption: that Africa needs improved infrastructure to be able to fully maximize the benefits of Industry 4.0. Excessive regulation accounts for about half of the continent’s investment gap. Less restrictive regulations, more competition in the procurement of infrastructure projects and more public-private partnerships would reduce this gap. There is a need for greater and cheaper access to internet technologies. Governments also need to implement appropriate policies to boost manufacturing and attract investment into their countries.

Industry 4.0 might have negative implications for the African continent. Industry 4.0, by reducing labor costs through automation, undermines Africa’s "cheap labor" competitive advantage. This may result in global value chains not moving to Africa as happened previously with the movement of global value chains from more economically developed nations to Asian countries. Furthermore, Industry 4.0 might create an even wider gap between African and other regions by leading to a greater cumulative competitive disadvantage.

Current developments on the continent suggest that Industry 4.0 has the potential to improve the lives of Africans. Greater internet access in most countries has enabled easier and more accurate data collection for governments thereby making government policies more appropriate. Industry 4.0 has enabled the development of various financial technology, like MPESA, which has lowered transactions costs. Finally, the possible development of the Africa Continental Free Trade Area (AfCFTA) would make Industry 4.0 more impactful by enabling greater economies of scale.
at June 06, 2018 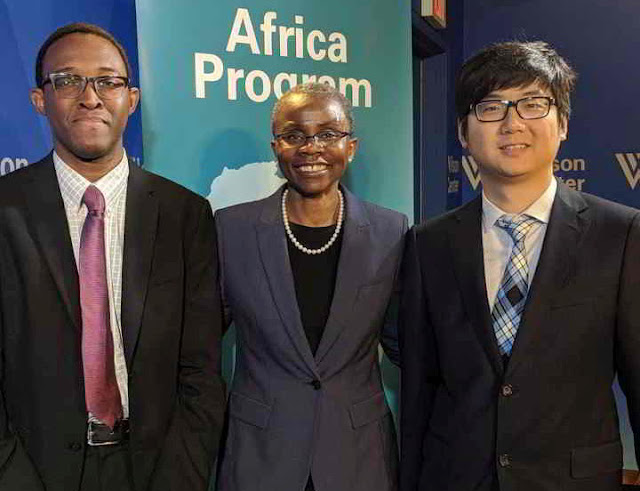 The Wilson Center's event on opportunities and challenges of the Africa Continental Free Trade Area (AfCFTA) was insightfully supportive of the new trade agreement. Trade refers to the transfer of goods and services from one person or entity to another, often (but not always) in exchange for money. A Free Trade Zone (FTZ), is a geographic area where goods may be traded without the imposition of any barriers by customs authorities. These barriers include tariffs and quotas. Free Trade Zone examples include the North American Free Trade Agreement and the Southern African Development Community Free Trade Area.  The AfCFTA seeks to create a unified continental market with minimal trade and migration barriers and unified trade policies to facilitate the easy movement of people, goods and services. Currently, 44 of 55 African Union member states have signed the agreement.

Non-signing states such as Nigeria may fear that the agreement will undermine national interests in trade, employment and local industry. They may also fear the agreement will impact revenue generation. Other issues with the agreement relate to the possibility of dumping cheap goods in neighboring states, thereby damaging local industries. These fears are valid and need to be considered in the final agreement. Existing trade agreements address some of these issues to a limited extent. For example, the World Trade Organization rules address dumping.

The AfCFTA is expected to greatly benefit the continent. First, it should result in greater regional integration and make Africa a bigger player on the international trade scene. The United Nations Economic commision for Africa estimates that AfCFTA could lead to a 52.3 percent increase in regional trade. Further, AfCFTA is expected to make the continent more attractive to investors due to reduced trade barriers and a greater ability to take advantage of economies of scale. 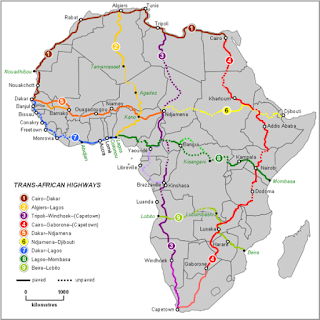 A key warning is that complementary measures, like better internal infrastructure linking member countries, are necessary to fully realize the benefits of AfCFTA. The African transportation infrastructure was designed, historically, by colonial powers to move people, goods and resources from the interior of the continent to the ports. There is little by way of internal continental transportation infrastructure. The map at left shows the PLANNED highway system. Even this effort has been delayed. This remains a huge issue.

The main takeaway from the event was that the AfCFTA has the potential to make Africa more integrated and a bigger economic player in the world market.
at May 25, 2018