Showing posts with the label Cory Booker
Show all 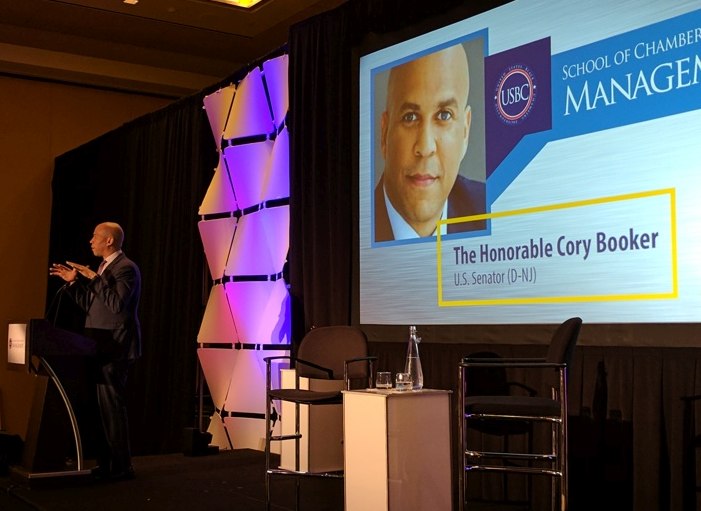 During today’s (6/14/17) U.S. Black Chamber of Commerce meeting, I had the honor of listening to a very emotional yet encouraging speech by the junior United States Senator from New Jersey, Senator Cory Booker. Senator Booker attended Stanford University, where he played college football and received a Bachelor of Arts in political science, along with a Master’s degree in sociology. Later, he attended the University of Oxford and upon returning to the United States, earned his Doctor’s degree from Yale Law School. He was the 36th Mayor of Newark, in office from October 2013 to July 2016. Despite his outstanding background, both academically and politically, he never moved out of his neighborhood, a small and crowded black neighborhood in Harrington Park, New Jersey. His parents, Carolyn Rose and Cary Alfred Booker, were among the first black executives at IBM, and the tradition of excellence his parents represents makes Senator Booker believe that, given the opportunity, bla
Read more
More posts