Showing posts with the label Powell
Show all

Probability of a Fed Rate Hike in March, 2018 is 92.3% by Hongcheng Chen, Creative Investment Research 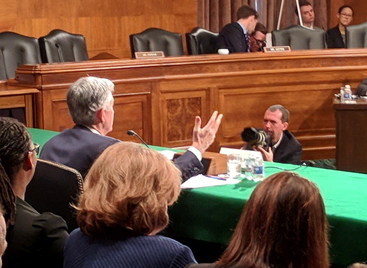 New Federal Reserve Chairman Jerome H. Powell (above) showed up at the Rayburn House Office Building on February 27 to deliver his first semiannual testimony before the Committee on Financial Services. Before he dug into the details of monetary policy, Powell described the outlook for the U.S. economy as bright and robust:  “The U.S. economy grew at a solid pace over the second half of 2017 and into this year.” setting an optimistic tone for his interpretation of the current economy and prospects for the future. He emphasized that U.S. economy, from his perspective, is getting   better, stating that, “my personal outlook for the economy has strengthened since December.” Apparently, the new Chairman of the Fed has full confidence in this country’s economy despite the Dow Jones’s plunge of more than 600 points in the same month. E conom ic Outlook Here are some highlights from Powell’s testimony. •    Labor market : job growth since last year has been solid enough
Read more
More posts