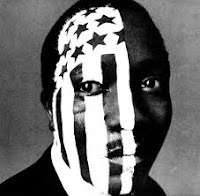 Suddenly, it looks like Black people have a lot of friends....several articles have just been published that may point to a revision in management's attitudes about how racial bias has affected Black People: Racial divide exposed in lending to the smallest of small businesses  Sole proprietors who are African-American or Hispanic are less likely than their white counterparts to have their funding needs met and are more likely to be discouraged from applying for credit, according to a new report by the Federal Reserve Bank of New York. https://www.americanbanker.com/news/racial-divide-exposed-in-lending-to-the-smallest-of-small-businesses Study Reveals (Asset) Allocator Bias Against Black Fund Managers: When evaluating top-performing managers, institutional investors favored teams led by white men, according to new research from Illumen Capital and Stanford SPARQ. https://www.institutionalinvestor.com/article/b1gpxh3rph9y69/Study-Reveals-Allocator-Bias-Against-Black-Fund-
Read more
More posts