Showing posts with the label PT Beta Offshore
Show all 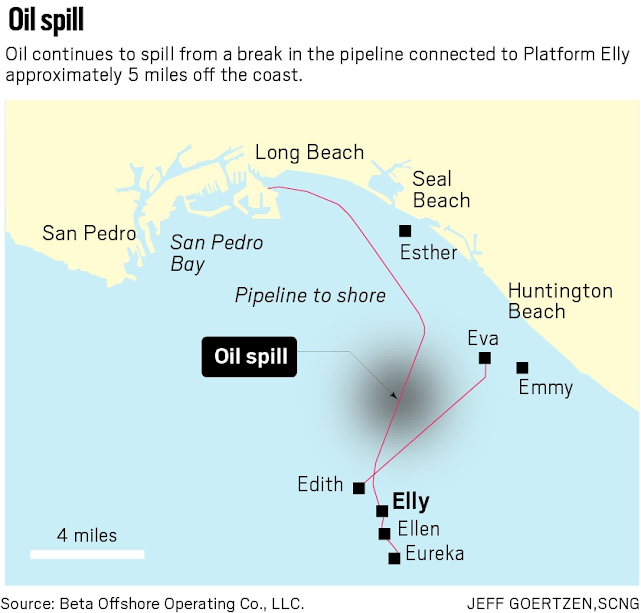 Just 13 inches of damage in a pipeline near California severely harmed the local wildlife and ecosystem, in addition to costing millions of dollars to cleanup. Oil spills are some of the most visible and consequently environmental issues. The Deepwater Horizon oil spill is still imprinted in the collective American consciousness, and it also carried with it some of the most severe fines in American history, with BP paying more than $60 billion in fines. Yet, with World leaders meeting to discuss environmental issues at COP26, how much has truly changed? The recent oil spill in California, while significantly less impactful than the Deepwater Oil Spill, offers a look changes over the last decade has brought.  Southern California’s troubles first started with an October 1 report of sheen on the water. Due to difficulties in recognizing this sheen at night, it was not until the morning of October 2nd that the Coast Guard, an Orange County Sheriff, and a Coast Guard supporting aircraft inv
Read more
More posts