Showing posts with the label Bill Clinton
Show all 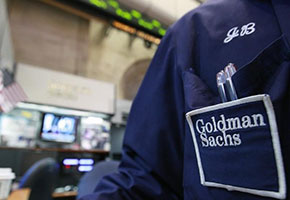 The Real Superpredators Thursday, April 14, 2016 Business Recently, the Department of Justice announced that Goldman Sachs “ agreed to Pay More than $5 Billion in Connection with Its Sale of Residential Mortgage Backed Securities. ” Close scrutiny reveals that Goldman will actually pay, for a number of reasons, $0. Goldman’s Track Record: We note that: On April 28, 2003, Goldman Sachs was found to have aided and abetted efforts to defraud investors. On September 4, 2003, Goldman Sachs admitted that it had misused material, nonpublic information that the US Treasury would suspend issuance of the 30-year bond. On April 28, 2003, Goldman Sachs was found to have "i ssued research reports that were not based on principles of fair dealing and good faith .. contained exaggerated or unwarranted claims.. and/or contained opinions for which there were no reasonable bases ". . On January 25, 2005, " the Securities and Exchange Commission announced settled
Read more
More posts