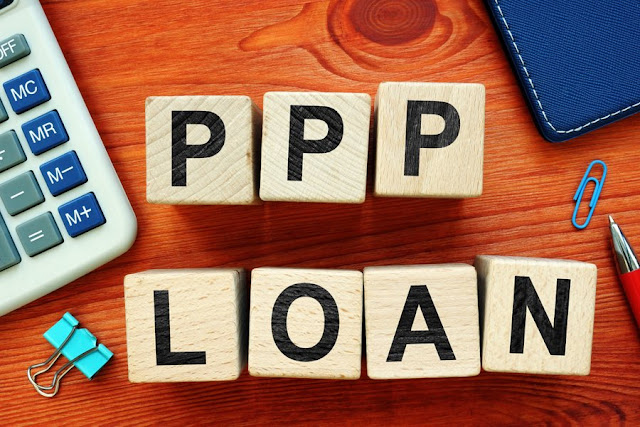 "Committed though the government might be too small and minority-owned contractors, from the contractor standpoint making a living is never easy. Now they’ve got the COVID-19 situation. For what the landscape looks like for minority-owned businesses, Federal Drive with Tom Temin turned to Creative Investment Research economist and principal William Michael Cunningham."

Being a minority small business owner can be particularly challenging due to issues that other business owners don't face, like racial and gender discrimination, having low (or no) collateral and having a low credit scores. These factors definitely make it harder to finance a business. There are, however, resources that can help make financing your business easier, given these constraints.

Here are a few:

While we have not been impressed with the outcome of their efforts focusing on African American businesses, the Small Business Administration (SBA) offers services and programs you need to know about if you are looking to start or fund a minority business. To begin with, SBA’s 8(a) Business Development program is focused on small businesses that are 51% or more owned and controlled by members of disadvantaged subgroups by ethnicity or race. The program offers a plethora of business support services, including financial assistance, business counseling, and mentoring. The SBA also has the Community Advantage Loan Programme which provides credit, management, and technical assistance to small businesses in underserved markets. Qualifying for this program, unlike traditional loan programs, is dependent on the amount of collateral held by or the balance sheet of the business. The program offers management and technical assistance and up to $250,000 in credit with a maximum interest rate of 6%. Business owners looking for smaller loan amounts should consider the SBA microloan program, which provides loans of $50,000 or less.

Several private financial institutions and loan funds target minority entrepreneurs. For example, the Business Center for New Americans’ Microloan Program provides loans and microloans to small businesses who are unable to borrow from traditional lenders despite demonstrating an ability to repay a loan. Reasons for rejection can include too small loan amount or a low credit score . These loans range in size from $500 to a maximum of $50,000. The loan term can be for up to three years.

Another option is the Union Bank Business Diversity Lending program for people of Native Hawaiian, Pacific Islander, African American, Asian, American Indian, Alaskan Native, Hispanic or Latino descent. The program helps minority business owners meet financing requirements. The business must have been operating for two years and lending is not available to business with sales exceeding $25 million. The maximum loan amount is $2.5 million.

This option is for owners with low credit or low capital who need quick short-term loans. Some examples of these include Kabbage, LoanBuilder and Fundbox. See:

Grants represent a cheaper way to finance your business since they do not, in most cases, require repayment. While there are several grant programs targeting minority entrepreneurs, there is a lot of competition for them. Further, each grant has strict guidelines concerning eligibility and, upon succeeding, how the money can be spent.

This short guide indicates that there are a range of financing options for minority business owners. Review the data and the websites mentioned and choose the option(s) that suits you best..

According to Politic365, "Officials from the Commerce Department briefed members of Congress..to inform them that the Obama Administration plans to close all five regional Offices of the Minority Business Development Agency.

According to members at the briefing the reason given was cost savings. The Office of Minority Business Development has a total budget of $30 million dollars. The five regional offices are located in Atlanta, Chicago, Dallas, New York, Los Angeles and San Francisco.

Several members were unhappy with the decision.

“It sends the wrong message to entrepreneurs and businesses in our community at this time when we need to have an expansion,” Rep. Bobby Rush (D-IL) said. Rush offered legislation to increase funding to the Minority Business Development Agency.

“This is message administrating, message management and message politics. It doesn’t have anything to do with the bottom line. The best message is one of expansion of the MBDA so it can do its work and meet its mission on the ground level and on the local level on the front line,” Rush added. Rush added that he has had a great working relationship with the regional office in Chicago.

Rep. G.K. Butterfield (D-NC) who is a member of the House Energy and Commerce Committee said, “I’m terribly upset about this. The explanation we received yesterday did not satisfy my objections.” Butterfield indicated strongly the offices are important to minority businesses.

“My regional office is in Atlanta. To just have a hub in Washington that services the whole country will not be an efficient use of that office,” the North Carolina congressman and longtime state judge added. Butterfield’s sentiments were repeated by other members.

Asked whether this was something that could effect minority business contracting Butterfield said, “Without question. It will lead to nothing but utter confusion. All in the name of 30 million to 29 million. So it’s not a substantial cut in the agency. Not enough to close five offices,” Butterfield added. Several members mentioned that the “cost savings” argument was unsatisfactory.

Congressional Black Caucus Chairman Emanuel Cleaver said he has a regional hub in Kansas City. Cleaver was not at the briefing and was generally unaware of the details of the decision. He was unenthusiastic about the office running out of Washington. “People in Washington have no idea what’s going on in Kansas City and St. Louis and DesMoines and Omaha,” he said.

House Small Business Committee member Rep. Yvette Clarke (D-NY) was also very concerned saying she feared the regional closings might be, “the beginning of the demise of the agency.”

When the views of his colleagues were relayed to him, CHC Chair Charlie Gonzales said he shared the concerns of his colleagues. He added, “Where do you see the model that is being proposed in other areas that provide services to minority communities? Just about every meaningful agency and department has regional presence — SBA has regional offices.”

Rep. Allen West (R-FL), who is a member of the House Small Business Committee was unaware of the decision to close the offices but echoed the sentiment of several Democrats. West said he was concerned because, “we have to do something about urban economic development.”

Rep. Jose Serrano, a senior member of House Appropriations was unaware of the regional office closings but said generally, “it would not be a good idea” if the offices were closed.

Several members who attended the meeting expressed concern about the regional offices closing and were unenthusiastic upon hearing the news. The members cited concerns that contracting for minority business is already challenging and may be made even more problematic by the closings.

Rep. Maxine Waters (D-CA) who added language to create an Office of Minority and Women Inclusion to the Dodd–Frank Wall Street Reform bill, commented on the closings.

Like many other members, Waters was unsure of what the effect of the closings would be. She said she would talk to business leaders in her district saying, “I’ll be calling my Chamber of Commerce people” and several others. Waters was not at the briefing but had heard of the closings before yesterday’s member briefing.

Rep. Nydia Velazquez (D-NY) who is the ranking Democrat on the House Small Business Committee said the move was an effort to consolidate offices and bring “things under one umbrella.” Though Velazquez was not in the briefing with Commerce officials she was aware that the five offices would be closed.

Several members pointed out that the the work of the regional offices might be best done on the local office level but still fear the office closings would effect minority businesses. They were also concerned about whether the current employees will be reassigned to local offices or cut completely. Rep. Butterfield said he’d been told the employees could possibly relocate to Washington.

Several members of Congress sent a letter dated February 10 to Commerce Secretary John Bryson expressing concerns on minority business efforts and the Minority Business Development Agency. The meeting yesterday was effectively the answer to that correspondence.

MinorityFinance.com is pleased to announce the publication of the Minority and Women-owned Company Small Business Financing Guide and Workbook, 2010 Edition.

The Guide and Workbook are designed to provide actionable information minorities and women can use to obtain small business financing. The Guide and Workbook consists of two sections: The Guide provides detailed business financing information of specific relevance to Minority and Women-owned Businesses. The Workbook is an electronic document with blank loan applications, grant forms, business planning and financial reporting templates, IRS Forms and other documents.

The Guide and Workbook will be of specific interest to those seeking to finance a new firm and/or start-up. It has special sections on financing a Day Care Center, financing a Beauty/Hair Salon, financing a Music/Film business.

Specific sections of the Workbook provide detailed information on:

Why there are NO specialized grants for Minority and Women-owned Small Businesses. What programs exist and how you can benefit from them.

How to complete a Grant Application (completed sample application included).

Banks: Do they hate Women and Minority-owned Small Businesses or do they just hate small businesses in general?

Has your business credit lines been reduced or revoked? How to find both short-term capital financing and long-term business financing.

Why you should avoid Venture Capital and Private Equity firms. If you must deal with them, here’s how.

How to work with the Small Business Administration (SBA), the Minority Business Development Agency (MBDA), and other Federal, State and local Agencies, if you must.

Creative Investment Research, Inc. issued comments for the Small Business Federal Contracting Forum public meeting to be held on Monday, June 28, 2010. The purpose of the meeting is to encourage public comment on small business issues.

On April 26, 2010, President Obama established an Interagency Task Force to develop proposals and recommendations for enhancing the use of small businesses in Federal contracting, including businesses owned by women, minorities, socially and economically disadvantaged individuals, and service-disabled veterans of our Armed Forces. The Memorandum establishing the Task Force is available here.

Creative Investment has long been familiar with the problems that small and minority businesses encounter when attempting to contract with the federal government. We reviewed our experiences in our comments. In addition, we noted which Federal agencies are doing the best job in their small business outreach strategies.

We noted that doing business with the Federal government would be easier and more attractive if the Government could facilitate direct access to equity capital for qualified small businesses, including businesses owned by women, minorities, socially and economically disadvantaged individuals, and service-disabled veterans of our Armed Forces. Our recommendation for government and private action to facilitate small business equity capital formation is detailed in our comments.
at June 27, 2010

If you contact any of these institutions, do us a favor....let them know you found them here!!

VHCDC-MBE Capital Connect™ is looking for U.S. based Minority Business Enterprises/Entrepreneurs with innovative, marketable solutions within the Business Products and Services, Consumer Products and Services, E-Commerce, Energy, Entertainment/Media, Internet, Telecommunications, and Technology industries to enter the Top-MBE Business Plan Competition to win a spot to pitch their business opportunity to active angel investors, lenders, and venture capitalists. Pitching sessions will be conducted Friday, September 26th during the 2008 MBE Capital Call. Entries will be evaluated against the same criteria used by active investors to screen potential investment opportunities.

Interested parties must register to be considered. Logon to:
www.mbecapitalcall.com today to register.