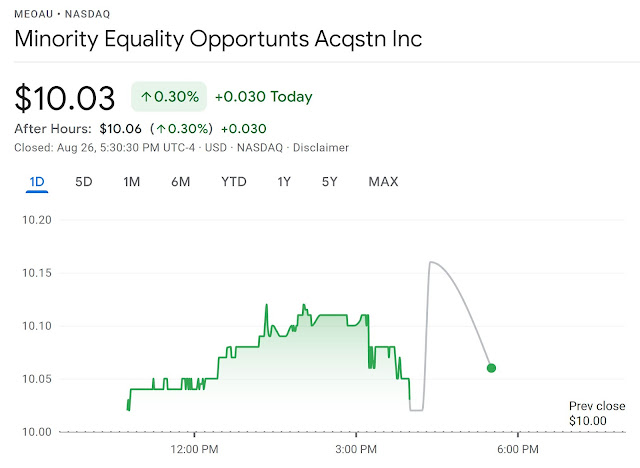 According to an article in Black Enterprise Magazine,

'This is relevant because it may represent a new and significant source of capital that has not previously been available to Black and minority firms. If it works as intended, you could see billions in new startup and operational capital going to Black firms,' he says.

He says the offering’s timing was perfect because of the increased attention on Back economic empowerment. That is fueled, he says, by the increased requirement corporations and investors are showing toward their commitment to doing business with Black firms."

Document Filed with the SEC: