Showing posts with the label Global Economic Prospects
Show all 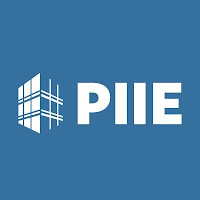 Economic forecasters have the unenviable position of consolidating the various policy proposals of the Trump administration and divergent global growth indicators into an all-encompassing and accurate prediction of global growth prospects. David Stockton, Karen Dynan and Joseph Gagnon of the Peterson Institute took on this task and elaborated on their analysis of the global economy at the semiannual “Global Economic Prospects-Spring 2017” seminar on April 12. All three believe there is potential momentum in the world economy with some regions expected to fare better than others. In the United States, tax reform, healthcare reform, rolling back of regulations and fiscal spending suggest solid growth prospects in the near future. This optimism is tempered by concerns in both fiscal and monetary policy. In fiscal policy, the Trump administration has been inconsistent at times on its precise policy objectives and has already had difficulty in passing health care and tax reform.
Read more
More posts