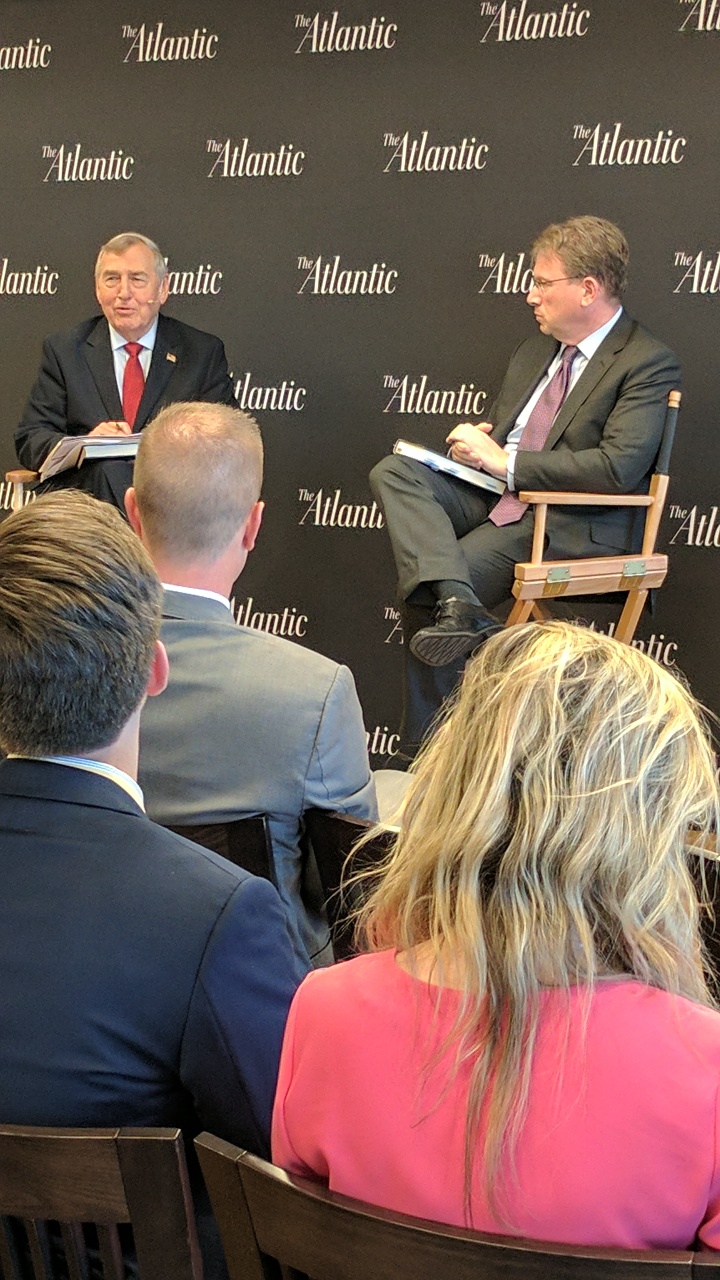 Definition: "Thucydides Trap" refers to a situation in which a rising power causes fear in an established power ultimately escalating to war.”

As President Trump’s tenure begins, the relationship between the United States and China is surrounded by an provocatively intense atmosphere with topics like: the trade deficit between the United States and China, whether China is a currency manipulator, and how China should be responsible for control of North Korea’s weapons. Addressing the potential for war between the two nations in his new book, on June 1st, The Atlantic hosted a discussion with Graham Allison, currently Director of Harvard’s Belfer Center for Science and International Affair and a leading analyst of U.S. national security and defense.

The discussion started with the latest news that the United States will walk away from the Paris Climate Agreement, an outcome Mr. Allison described as “dumb”. He then recognized the speed at which China is catching the United States in nearly every aspect, from manufacturing to technology. Combining this fact with the US leaving both the Paris Accord and the TPP, Mr. Allison suggests China will gradually take over as world leader, starting with the global economy and climate control.

The discussion shifted to the focal point of the book: the pattern of rising power meets dominant power; and how conflicts generated by this tension are solved, either peacefully or violently, from a historical perspective. One alarming fact that Mr. Allison presented is this: over the past 500 years, there have been 16 times when a rising power had a conflict with the ruling power. In 12 of these times, the conflict ended violently. Mr. Allison then went on to illustrate the recent case of Germany and Great Britain.

Lastly, Mr. Allison analyzed the characteristics of President Xi Jinping and how he is replacing "communism" with "nationalism". This is gradually influencing the younger Chinese. The definition of nationalism, by Mr. Allison, in the context of the Chinese political environment, is the following: the people of China, especially the younger Chinese, appear to believe that the leader of the country is "more competent than most of us, and that he is making progress every day, and most importantly, he makes us feel prouder on a daily basis as being Chinese."

My experience attending the event was very positive but I left with some doubts. A war between the United States and China has been discussed more frequently in recent years, but I never perceived it likely. This discussion (on a hypothetical war) is more likely designed to boost comparison between the United States and China on multiple dimensions such as infrastructure and military.

However, after attending the event, I became less certain, as history shows the Thucydides’s Trap does happen, and 75% of the time, the trap caused bloodshed. Fortunately, as a businessman, Mr. Trump certainly understands the economic loss if a war happens, and the social return (defined as the extra return of a behavior that serve the well-being of the society) of war has never been positive. No experienced and astute businessman like Mr. Trump will take this negative NPV (Net Present Value) project.

I hope that the discussion of war between the two countries can serve as a mean to discover those trigger points, and start working from there, to negotiate and to compromise terms that maximize the benefit of the entire world.