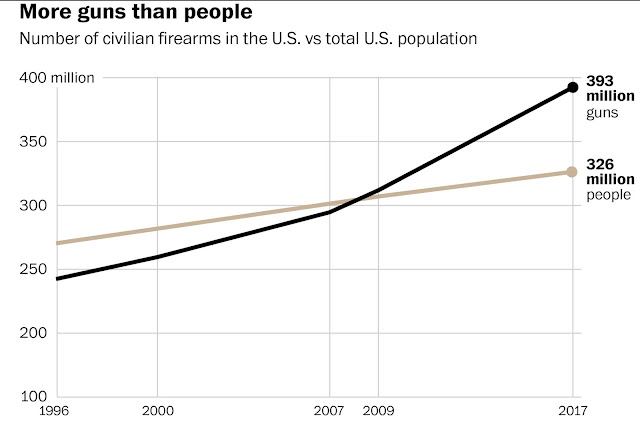 Whether the issue being discussed is climate change, abortion rights, civil rights, or something else, there is no doubt that corporations can have a major effect on the implementation of policy. There is perhaps no area where this is more apparent than the issue of gun violence and mass shootings. This potential for change exists because of multiple factors. First, hundreds of mass shootings have taken place over the course of the past decade, with little to no action taken to prevent them. At the federal level, gun control legislation has been non-existent since the expiration of the Federal Assault Weapons Ban in 2004. Additionally, action to address this issue has been limited at the state and local level. This is where the power of corporations comes into play. Any company has the power to decide that they no longer want to run their business in a state or city that refuses to comply with safety standards deemed  necessary. The safety standard might refer to gun violence or to another, unrelated issue entirely.

When looking at the history of corporate responsibility and the issue of gun violence, we have not yet seen a true example of a company leaving a state due to gun control inaction. However, we have seen  examples of corporate responsibility relating to gun violence, as well as a desire from the general population for companies to take a stand on social issues. Following the mass shootings in Sandy Hook, Connecticut in 2012, and Parkland, Florida in 2018, several corporations took a stand against the NRA. This includes airlines such as Delta and United, both of which ended discounts to NRA travelers flying to their annual convention. Other companies, including numerous rental car services, ended business alliance deals with the NRA. As a result of these decisions the NRA’s revenue decreased by $115 million from 2018-2021.

There is strong and growing public desire for corporations to stand up for what they believe is right. According to surveys completed by Giffords, an organization founded by former Congresswoman and gun control activist Gabby Giffords, 80% of Americans believe that companies have a responsibility to address relevant societal issues, while 90% believe that every corporation should have a set of values that they follow.

When combining these factors, it becomes abundantly clear that the potential for change exists when corporations are willing to take a stand on issues that they believe in. There is no reason to believe that they do not have the power to influence state, local, and even federal governments. That leaves one question left to be answered: Will they utilize that power?