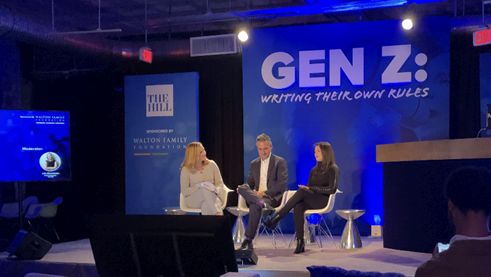 As a designated member of the "Gen Z" generation, I recently attended an event put on by The Hill Newspaper focused on my age group - "Gen Z: Writing Their Own Rules" in Washington, D.C. The event focused on young people of the New Millennium and their activities. Among the speakers, there was actually a woman who belonged to Gen Z and she led the discussion quite realistically and honestly.

The speaker indicated that "Gen Z is more passionate than any other generation. That's why Gen. Z is interested in politics, economics, and culture, and that's why young people's voices have grown. As an example, the number of political demonstrations has also increased." In contrast, the Gen Z discussant said he was the most sensitive to the way others see him. There is more exposure to social media than any other generation. Perhaps that's why Gen Z said he thought his own space and time should be cherished and protected. 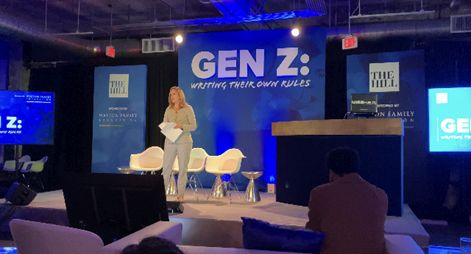 Society has historically grouped and defined the times through 'generations'. The generation in traditional society was used to denote the continuity between the predecessor and the succeeding generation, and today, academic concepts are added to define the distinguishing characteristics of each age group. So, regardless of our preferences, we are called Millennials, Generation Z, and the Silver Generation, defined by birth year and age.

Inevitably, we distinguish generations whether for marketing or to study social and economic phenomena. Among them, 'Gen Z' is the "hottest" generation now. Those born between the mid-1990s and the early-2000s are collectively referred to as new-generation employees within an organization, major consumers leading trends in the market, and the key generation leading the future. The success or failure of a company depends on them, and many are trying to understand. The following are commonly cited characteristics of Gen Z: 1. use mobile-first, 2. follow the latest trends, and 3. pursue unique experiences that are different from others. In consumption, individual happiness is more important than group, sharing is more important than ownership, and experience is more important than the product. "Flex" culture and luxury consumption support this.

I feel that generalization is subject to error. Due to different lifestyles and degree of education, I don't feel it is normal to define people who have experienced different types of lives as a "generation". In addition, via various media, several generations are influencing society in different ways at the same time while sharing one space. Even if Gen Z is currently being analyzed, these characteristics will change over time. It is necessary to look at Gen Z comprehensively. This means looking at their values and similarities. Only then can companies gain insights and create a better society.

As Walter Lippmann said, “When all think alike, then no one is thinking.” -  it is time to reject consensus bias, not just for age, but also for generations.