"Redlining" is a practice by financial institutions and others in which loans and services are denied and withheld from residents of Black and minority neighborhoods. The discriminatory institutions use the excuse that these areas are "hazardous to investment," a self fulfilling premise responsible for significant macroeconomic damage, as shown in the charts below: 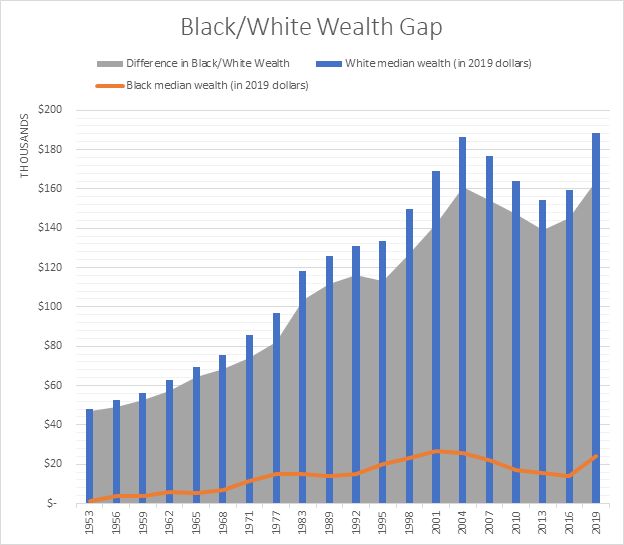 The US Department of Justice appeared to have sued Lakeland for redlining on 9/28/22. What actually happened is that DOJ settled with the bank on 9/27 and sued (filed the complaint) on 9/28. In other words, they settled with the bank before they sued, and changed the filing dates so that it appeared they sued and settled on the same day. We filed an objection to the settlement, based on: 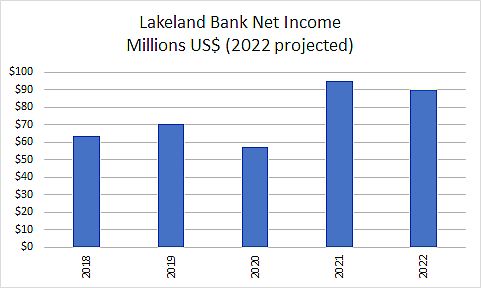 2. Lakeland has five years to invest a minimum of $12 million dollars in a loan subsidy fund designed to repair the damage they caused. We expect they will seek to make the minimum investment and take the maximum time to do so.

3. According to an article in the Washington Post , “Philip Sellinger, U.S. attorney for the District of New Jersey. Other banks generated about five times more mortgages in those neighborhoods than did Lakeland, he said, adding that his office estimated that $120 million in loans would have been distributed by the bank if it had actively sought out borrowers.” Given this damage, the bank should have to pay more and not be allowed to merge or combine with any other financial institution for five years.

Since DOJ rushed to close the case so quickly, our objection was not considered: the case was already closed by the time we submitted it. No one could object.

This is a reflection of the nature of the civil justice system, the value placed on Black financial standing, the racist nature of the financial institutions and the geographic area under review and a lack of creative thinking/effort on the part of Justice. (Given negative attitudes toward DOJ incited by the prior president and given the well established history of anti-Black discrimination in the New Jersey region, give DOJ credit for even getting this far...)

Still, as long as these types of manipulations are required to get even a semblance of justice, we do not expect macroeconomic conditions to get demonstrably better for Black people, for the banking industry or for the country.

See the article from the American Banker Newspaper below.

Deal for Lakeland Bank has an issue lurking beneath the surface 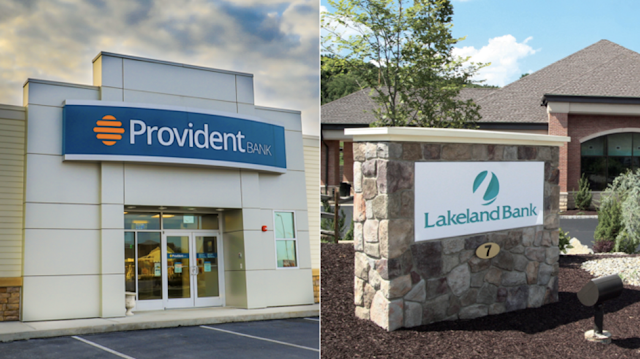 Provident Financial Services in Iselin, New Jersey, is pursuing a $1.3 billion deal for a rival, Lakeland Bancorp, despite concerns over commercial real estate concentrations and an ongoing fair-lending investigation of Lakeland by the U.S. Department of Justice.

Lakeland disclosed the existence of the Justice Department investigation Tuesday in an 8-K Current Report filed with the Securities and Exchange Commission. Lakeland said it has "cooperated fully" and is in settlement talks. The company added that it "expects such settlement to be generally comparable to other recent DOJ fair lending settlements."

The $10.4 billion-asset Lakeland, of Oak Ridge, New Jersey, said it could be asked to strengthen policies, procedures and training, boost community outreach and establish a mortgage subsidy fund as part of a potential resolution.

The Justice Department had not responded to a request for comment at deadline.

"We've not heard anything that would give us pause," Anthony Labozzetta, president and CEO of the $13.7 billion-asset Provident, said on a conference call with analysts Tuesday. "If this is approved at the regional level, we're pretty confident."

Both banks "considered the impact of the investigation and the possible settlement on the transaction and the combined company going forward," Labozzetta said. Provident made sure it "floated" the merger with regulators before announcing it Tuesday morning.

"I call it fair-lending insurance," Thomas said. "Even if they were to be downgraded on CRA, they would go to a satisfactory level, so a deal could still go forward. It's a perfect example of why banks should strive for an outstanding rating" on CRA exams.

Provident too has "an excellent record as a community bank," Thomas added, calling the deal a win-win for the companies and for communities in New Jersey. "I can't see any community groups fighting this."

Indeed, the parties are forecasting a closing date in the second quarter of 2023.

William Michael Cunningham, an economist and the CEO of Creative Investment Research in Washington, D.C., was more critical. The settlement Lakeland expects, he said, is "really just a fine."

"That's the issue with fair-lending laws," Cunningham said. "They don't impact a bank's operation in the least."

Both Lakeland and Provident are withholding further comment on the progress of the Justice Department investigation until it's concluded, Labozzetta said Tuesday.

According to Thomas Shara, Lakeland's president and CEO, both his bank and Provident hold commercial real estate loans in excess of 300% of total capital, the threshold banking regulators recommend. That could be seen as another possible sticking point, given regulators' plans to increase scrutiny of CRE loans. However, both Shara and Labozzetta characterized CRE lending as core competencies and said there are no plans to scale back

"We're very comfortable with the risk," Shara said on Tuesday's conference call.  "We've both been over the 300% threshold for some time. It's something we're comfortable with and manage very well."

Shara is expected to stay on as executive vice chairman of the combined institution, while Labozzetta will continue as CEO.

For his part, Labozzetta said the deal would be a "transformational transaction" for Provident and Lakeland, creating a merged institution better positioned to withstand the shocks of an uncertain environment than either bank could on its own.

"The savings we get and the scale will allow us to weather any storm much better than we could as individual organizations," Labozzetta said. "We're better together than we are separately, both in good times and in bad times."