The U.S. Economy Improved in the Second Quarter of 2022 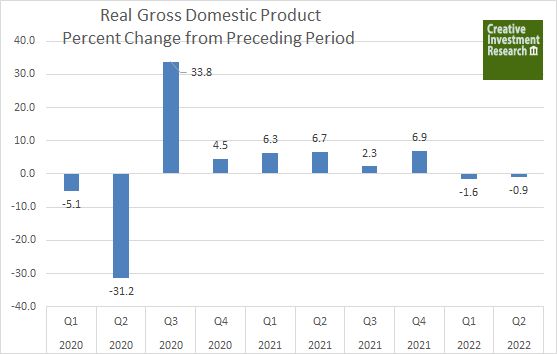 Personal consumption expenditures (PCE), the value of the goods and services purchased by, or on the behalf of, "persons" who reside in the United States, increased $181.1 billion (1.1 percent). The PCE price index, which measures changes in the prices of goods and services purchased by US persons increased 1.0 percent. Excluding food and energy, the PCE price index increased 0.6 percent. Real Personal Consumption increased 0.1 percent.

Despite the negativity in the media, this is a positive indicator. Whether it remains a good sign depends on future economic policy. The Fed may get its "soft landing" after all.