Black communities need more help from the Federal Reserve Board 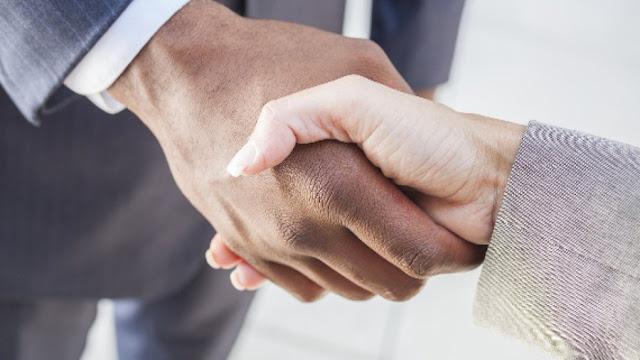 An estimated $7 billion in corporate pledges have been made to facilitate efforts that support racial justice, and help activities that seek immediate solutions to the crisis affecting Black people. 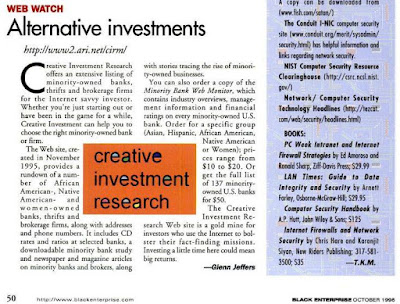 We are very familiar with these types of promises, having launched the first website focusing on financial support for minority communities in 1995 and a new website to monitor such corporate pledges.
Yet it appears that only $188 million of that $7 billion is money someone can reasonably expect to get their hands on. Further, in certain sections of the Black community, there is concern about the effectiveness of the traditional organizations identified as recipients of the pledges. And there appears to be less concern with newer, trending organizations.
Our recent survey of customers banking at black-owned banks suggests most consumers who do not use Black banks are concerned about their financial stability, and have not been able to leverage financial resources from these institutions. 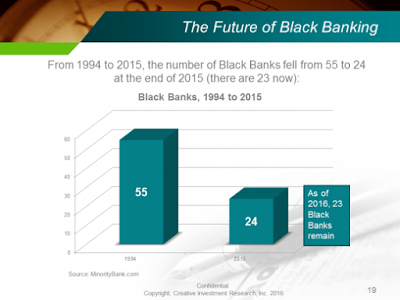 Programs that rely on secondary institutions to provide capital to already underutilized Black-owned banks add another stumbling block to the effort to get capital where it is needed.
Certainly, more money will help. But there may be more effective methods such as creating a digital wallet and currency to get money directly to affected communities without the need for money-sapping intermediaries; or creating a large credit program at the Federal Reserve. The latter approach holds the most promise.
Recall that the Federal Reserve Board created a secondary market corporate credit facility to purchase a more diversified portfolio of corporate bonds that include supporting large employers. Regrettably, very few Black-owned firms are eligible for this program, having been locked out of the corporate-debt market largely due to discrimination, both involuntary and self-imposed.
The Fed also created the Main Street Lending Program meant to encourage cash flows to small and midsize businesses by purchasing up to $600 billion in loans. But already, the number of black-owned small businesses plummeted by 41% between February and April when the coronavirus pandemic started in the U.S., according to a working paper published by the National Bureau of Economic Research. 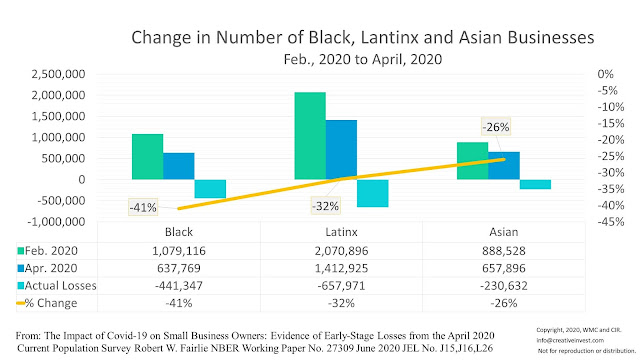 The financial loss to the Black-owned businesses is estimated at $23 billion due to the pandemic. Therefore, the Fed should allocate $23 billion of the $600 billion in its Main Street program to Black-owned firms, using a wide array of financial instruments and techniques.
Lastly, Black people need a truly collaborative and cooperative effort — in and by the Black community — a community often trained to be petty and cutthroat to each other given the paucity of resources at its disposal. After Creative Investment Research, in the public spirit, disseminated an estimate of corporate pledges to the Black Lives Matter cause (at $1.6 billion), several foundations made donations totaling $1.7 billion.
Now is the time to let go of bad habits for the survival of the Black community. In so doing, we can also show the world the way out of the crisis.
First published at: The American Banker Newspaper: Black communities need more help from Fed https://www.americanbanker.com/opinion/black-communities-need-more-help-from-fed