April 01, 2016
At the request of community groups in DC's Ward 7, William Michael Cunningham and Creative Investment Research are conducting a preliminary analysis of the Ward's social and economic condition. An informal straw pool is also underway. These efforts will provide information on the real time economic and social landscape of Ward 7. 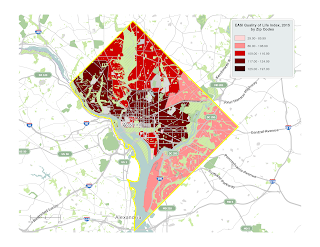 This data may also be used as a preface for a Ward 7 City Council Candidate Forum and Straw Poll. The Ward 7 Candidates Forum and Straw Poll will be h
eld on Saturday, April 9, 2016 at H.D. Woodson Senior High School at 9am. The moderator for the Forum will be Harold T. Fisher of WHUR-FM Radio The Daily Drum along with two Youth Mayors from the Marion S. Barry, Jr.'s Youth Leadership Institute.

The informal straw pool can be found at: https://www.surveymonkey.com/r/Ward7CommunityPoll.