Showing posts with the label Roger Ferguson
Show all

The Next Fed Chair 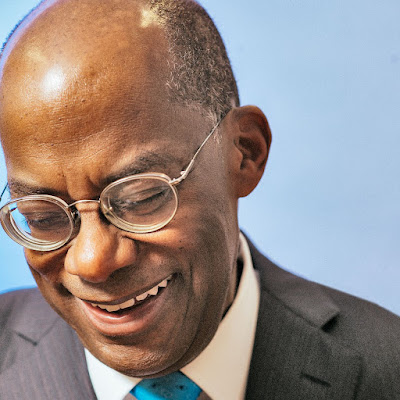 We note ongoing discussions concerning the replacement of the current Chair of the Federal Reserve, Jerome Powell. While Mr. Powell was perhaps the most competent policymaker chosen by an Administration noted for it's lack of competence,  there are reasons to consider replacing him. In the face of novel crises like COVID, Global Warming and the George Floyd protests, we believe a new perspective is required.  We encourage Mr. Biden to consider replacing Mr. Powell with Roger Ferguson, retiring CEO of TIAA-CREF. As we noted, in 2006, Mr. Ferguson was directly responsible for saving the US economy in the days following 9/11. See:  https://drive.google.com/file/d/1Dwun8vPy1-9_U0Bfh7ELkeWkRZSFTZ43/view?usp=sharing Mr. Ferguson will be better able to deal with the growing economic and social costs of racism. The Fed has consistently been wrong about, well, Black people. In response to a question from Congresswoman Joyce Beatty (OH) about Black unemployment, former Fed Chair Janet Yellen
Read more
More posts